I rarely get much right the first time. I call it the "first pancake" phenomenon, because you always throw out the first pancake. This last weekend was the first weekend of the holiday season and it deserves to be chucked in the bin on top of the cracked eggs because I didn't get it right. Coincidentally, it even involved real pancakes. 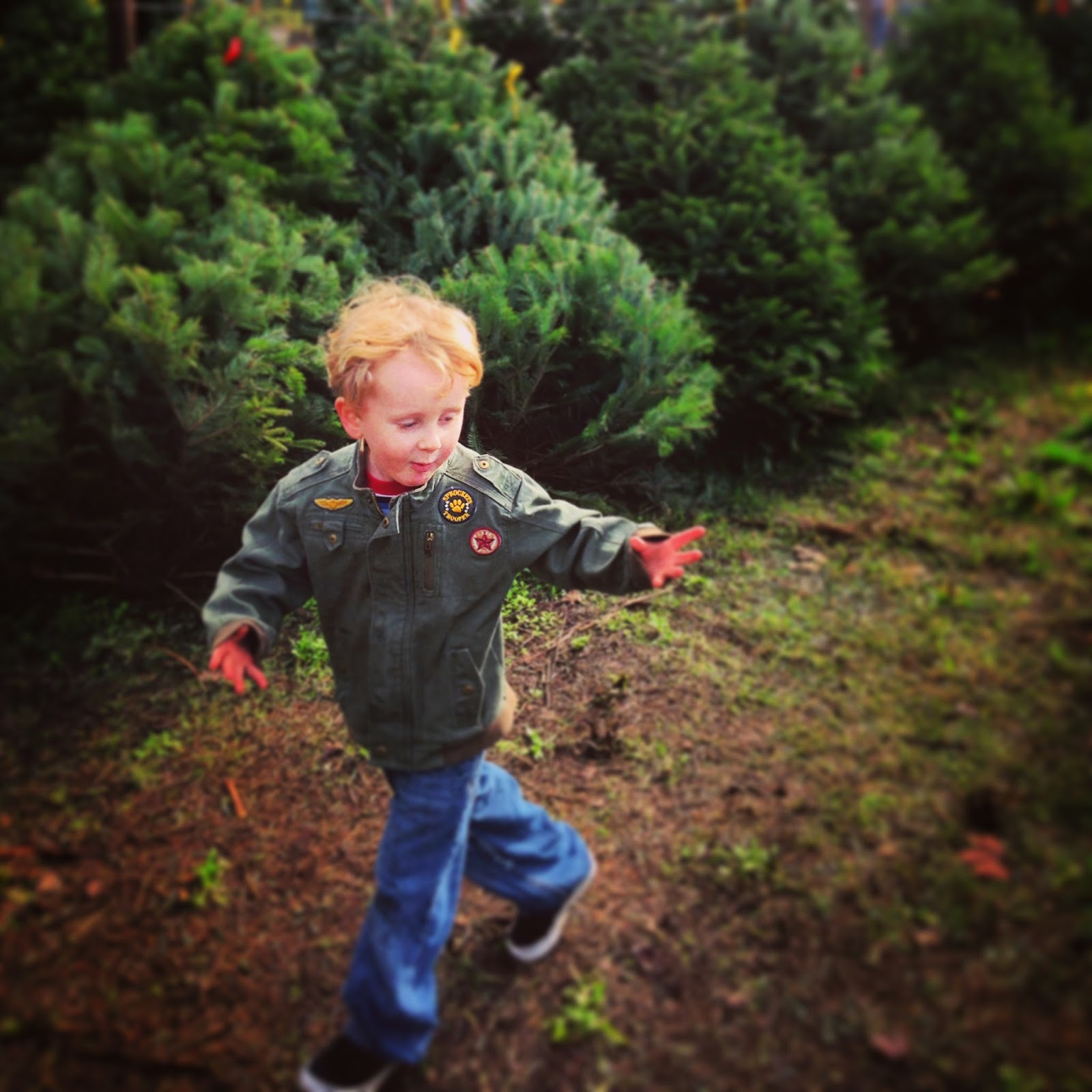 I was set on getting my Norman Rockwell Christmas going full steam Saturday morning. What better way to kick it off than to get a Christmas tree? I'd always opted for the big, bushy, fat kind of tree you could decorate just by drunkenly throwing things at it, but Jodee's preference was for the prestigious "Silver Tip" which, ounce for ounce, is priced only slightly less than filet mignon. I conceded quickly despite her offers to compromise. I wanted her to love it and I wasn't going to spend a whole lot of time looking at other options because I was too busy keeping the boys from getting maimed. Finn hit the ground running as soon as we got to the tree lot, which was fine while he was sprinting among the trees, but not so great once his focus shifted to the open fire pit, the shed filled with machetes, the elaborate tree stand hole-drilling thingy, and the chainsaw wielding Kiwanis Club volunteer who may, or may not, have been filled with a little too much "holiday cheer". We made our choice fast and got the hell out of there.

Jodee had borrowed a friend's truck to haul out our tree, which in retrospect wasn't the best idea. I could have just as easily tucked our little waif of a tree under my wind shield wiper blade like a car wash coupon and spared myself from Liam's complete meltdown when we got into our car and watched our tree drive away in Jodee's borrowed truck. I followed Jodee closely shouting over Liam's cries of "MY TREE!! MY TREE!!!" with promises that we were going home to meet the tree and would never be parted from it again. Luckily it was a ten minute drive. 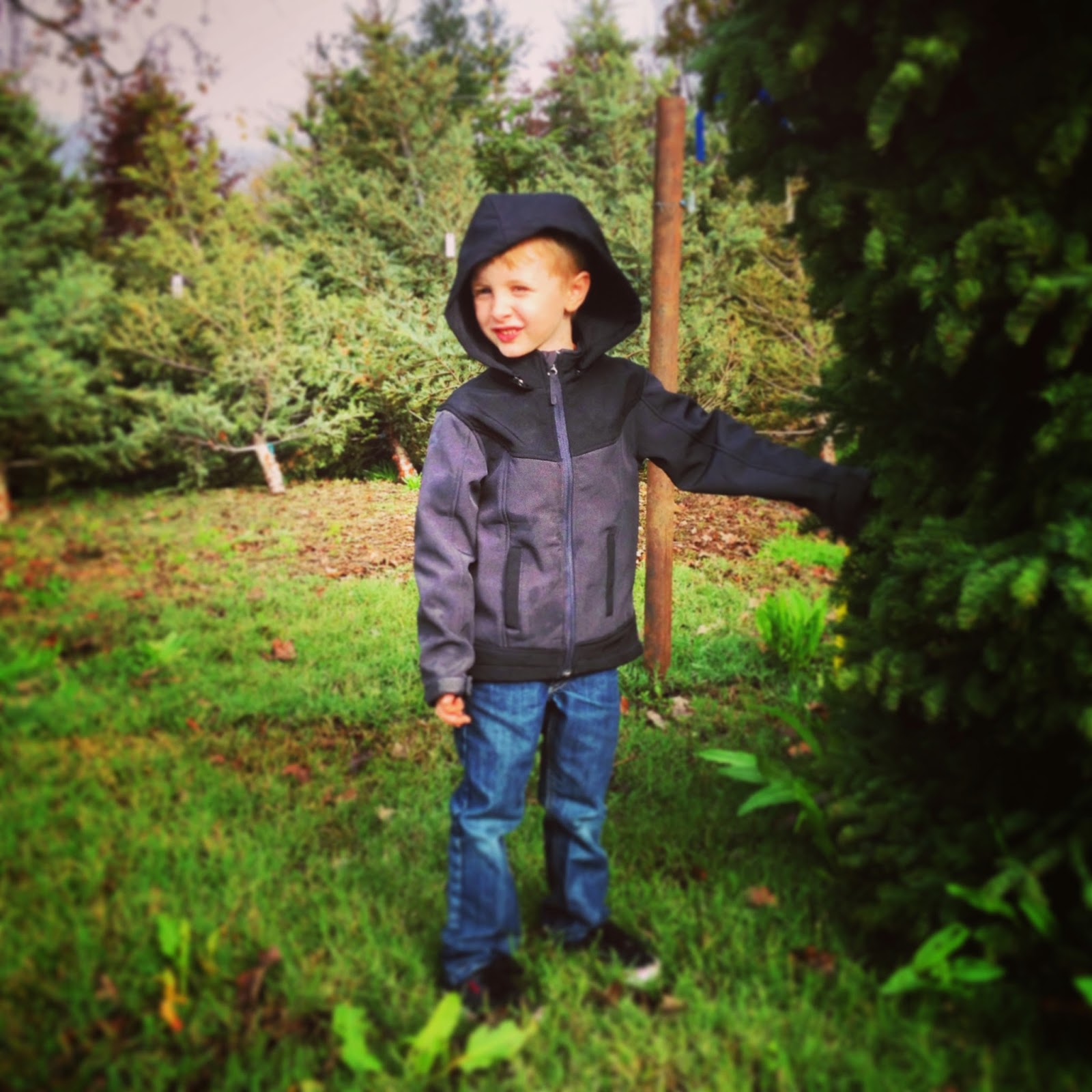 Once we got home things quickly turned tenuous. Earlier this year our cat nearly died after eating a lily. It occurred to Jodee to do a quick Google search regarding the toxicity of Christmas trees. Of course the first thing that popped up confirmed her worst fears. I tried reasoning that I had never heard of such a thing, but I knew that once the idea was in her mind, there's was no way she'd sleep at night. So, the tree went out on the porch....temporarily. I think Jodee's fear for the cat's safety was matched by her fear of ruining Christmas, so she spent the next few hours feverishly researching reputable sources and eventually learned from poison control that pine trees don't kill cats. They do make them barf, but what doesn't?

The next morning I wanted to treat the boys to a little comfort foodie goodness. Sunday mornings we usually just head downtown for coffee and muffins, but this is Christmas dammit! I did a quick scan of ingredients in the kitchen and announced, "I shall make cornmeal pancakes! That's a thing, right?" I found a recipe and set to making the most vile breakfast I'd ever forced upon my children. Finn was on to me right away and pushed his chair away from the table screaming. Liam, however, trusted his daddy, despite the appearance of what was on his plate. I mean, how bad could it be? There's butter and syrup for crying-out-loud! 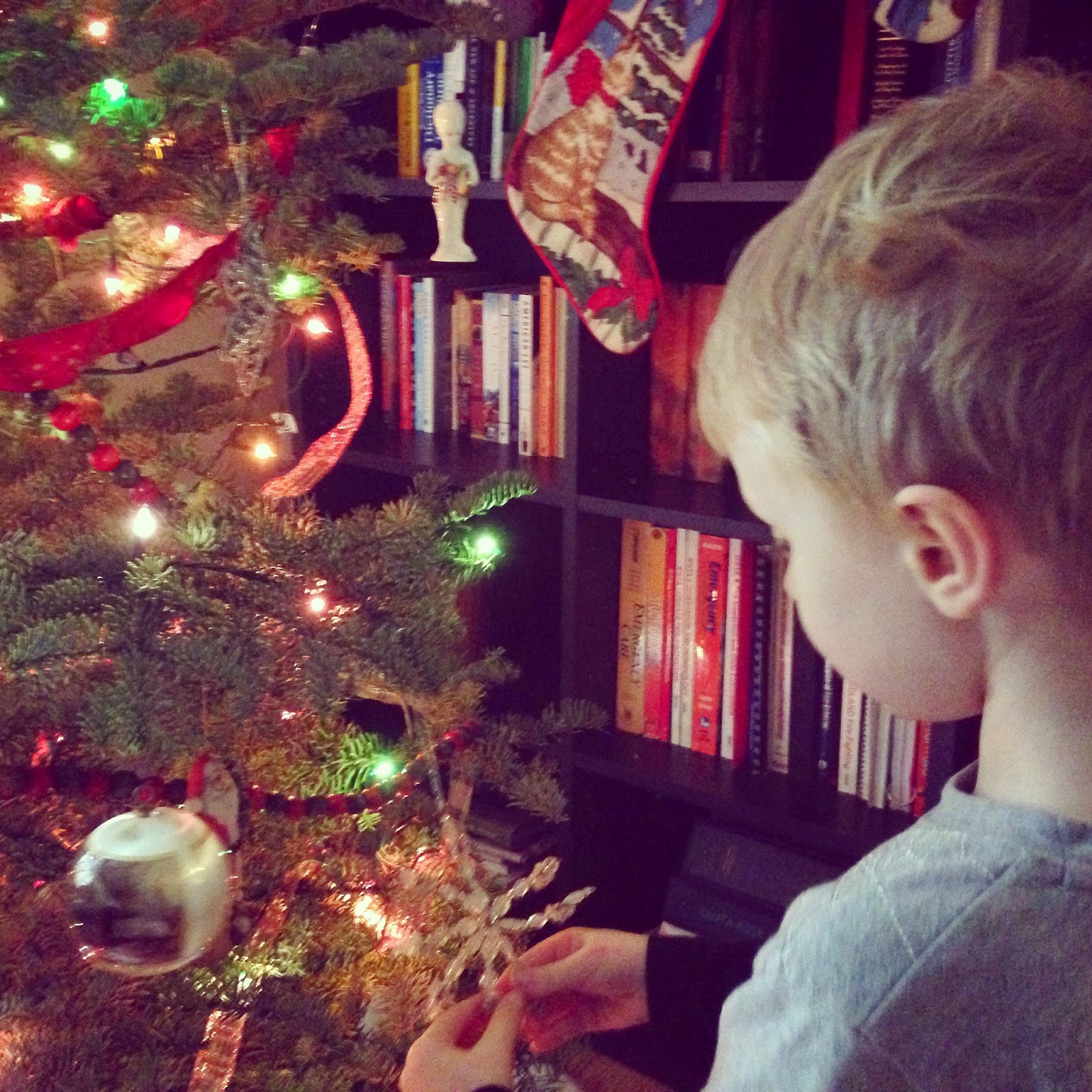 I saw him pack a couple of bites into his mouth so I was satisfied and went to clean the kitchen. A few minutes later I turned back and he was missing. I found him in the living room sitting in front of the tree on a decorative box. He seemed melancholy, so I asked what was wrong. He looked up at me with an expression on his face like he'd just mistaken a cat turd for a piece of Almond Roca and didn't know what to do about it. With crunchy corn death cakes still stuffed in his cheeks, I guided him over to the trash can where he half spit it out and half retched. I offered him a paper towel to wipe his mouth out and he asked for a second one. We went straight downtown so I could give the boys two muffins each, a $6 apple juice, and my promise to quit trying so hard and just let this Christmas happen.
Posted by Unknown No comments:

Shut Up and Be Merry 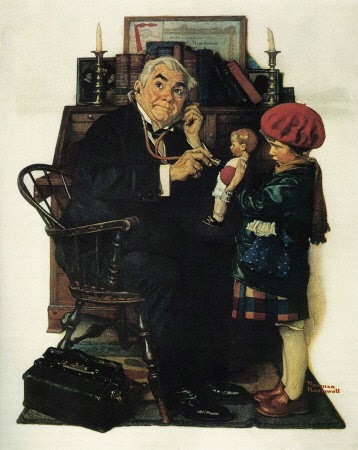 It was Thanksgiving last Thursday and the stars aligned in such a way that my usual 50% custody of the kids was whittled down to something close to 18% for the entire holiday week. As divorced parents know, this happens around the holidays with the alternating week/alternating year dynamic of shared custody. Did I miss them? Yes, I did.*

Jodee and I had never had this kind of adult time alone. The first thing she did was run out to the drug store and buy us, you guessed it, a 1000 piece puzzle.

It was a collection of works from Norman Rockwell's covers of the Saturday Evening Post. After we'd finished the edges and I'd gotten through the better part of an image of two USO volunteers fawning over a blushing soldier eating donuts and spilling his coffee, I began to secretly wish my life was filled with that kind of sunny small-town iconography. Then I realized I was sipping coffee on a crisp December morning in my country home while doing a puzzle. There was even a cat. 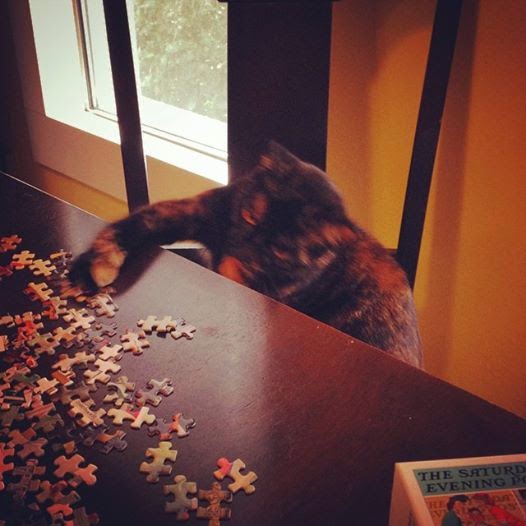 When, and if, I ever get the kids back home, I'm going to force some Rockwellian moments upon them this holiday season for sure. I know, not all of them will take. My most idyllic plans involving the boys are the ones they take particular pleasure in ruining. I haven't forgotten Halloween.

But next weekend we're getting our tree. I'm sure I can coax the boys into indulging me in some completely contrived good cheer and holiday kitsch. Afterall, tis the season for shameless bribery.
Posted by Unknown No comments: