In the Kitchen with Amanda and Paulie

Since we moved in together, Paulie and I have had fun in the unexpected anthropological study of food and eating habits that our new household offers.

We've been trying new recipes in an effort to get or keep our entire brood healthy all at the same time. I think it's working - throw enough kale and garlic into literally every meal and eventually something good will happen.


When the kids are all with their other parents, we try not to buy groceries because, you know, we can make do. Often this means we raid the freezer and come up with some creative new foods. For example, the other night we had Thainese food for dinner. That's when you mix a frozen Thai noodly saucy thing with some frozen Chinese pork buns. It wasn't particularly good but the name is pretty catchy, you have to admit.

Lately we've been working diligently on a project I like to call Operation: Eat All of the Leftovers. We recently had a couple of events which required more shopping than usual. One required cheeses and snacks and sandwich supplies; the other required steak and mashed potatoes.


Paulie is really good at getting creative with food on its way to spoiling. We've had goat cheese and cabbage potato pancakes every morning this week.I'm not kidding.We've also had sandwiches using the various deli meats and cheeses, steak and cabbage tacos, turkey and cream cheese rolls made with tortillas because when we looked in the fridge that morning we realized we were out of bread...one day I bit into the burrito Paulie sent to work with me and I shit you not, it was filled with eggs, cheese, leftover beans, leftover potatoes, and leftover pasta. Fucking pasta salad, to be exact. I'm all about mixing worlds and stuff but this guy takes it to a whole new level.

What we don't end up finishing we feed to the chickens, who are all too happy to finish the 'almost made it!' last bit of cabbage in exchange for the faint hope of seeing an actual egg. Mostly they just follow us around bawking for more softening grapes and scraps of toast crust, then openly laughing at us when we check for eggs. They're like "ha ha, it's winter bitches! Maybe between the three of us we'll give you one in a couple of days, but probably not. Keep checking though, suckers!"

It's a good system. 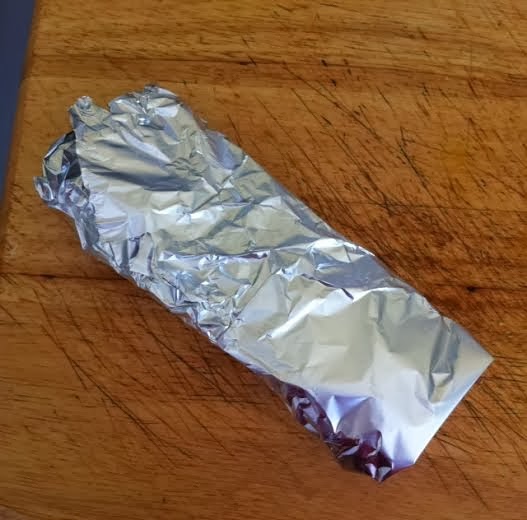 So good, I'm not even worried about what I might find in today's burrito. Not even a little bit. Even though I know what we had for dinner last night...no, you know what? It'll be fine. Bring on the leftover pho soup burrito - I'm ready.