Picture this. It's a beautiful Spring day and you take your kids to the library after Saturday morning breakfast for a nice wholesome puppet show. It's 'Hansel and Gretel' and it is awesome. The performer really knows how to work the crowd and all the kids are screaming with laughter. The parents are too! You're even tearing up a bit because it's such a happy sight. It's rare to get to witness such pure, simple, childish delight. And then, right when the witch is cackling and scheming, some four-year-old in the front walks up and chucks a paperback at her. Great, it's "that kid". The kid that ruins it for everyone else. 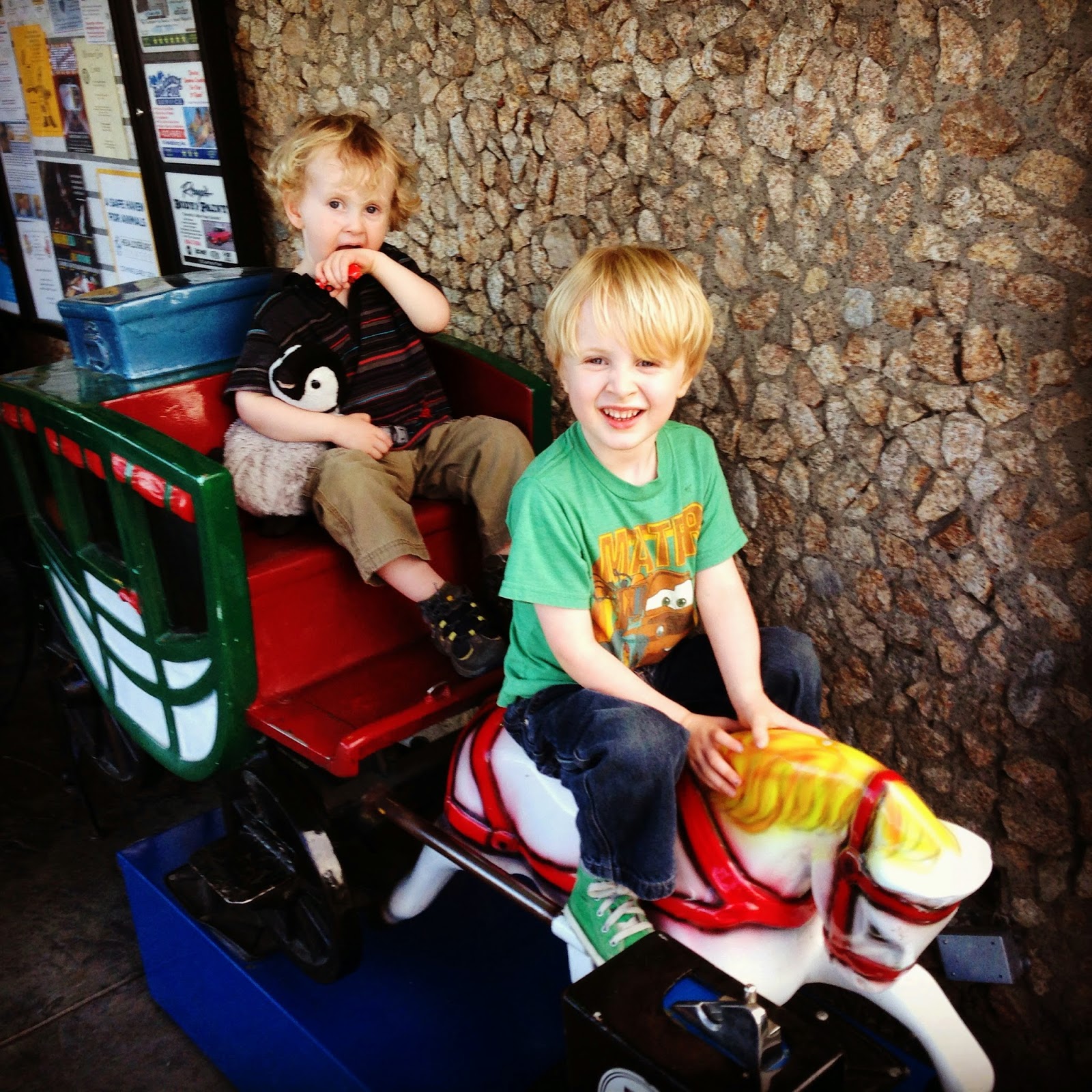 You know it's not his fault, it's his idiot parents. And where are they? Ah, there's the dad! He's motioning for his recalcitrant kid to come to the back of the room and sit in a chair. "That dad" has been standing back there the whole time, fighting to hold onto "that kid"'s struggling younger brother, future "that kid". Why did that dad bring these two boys by himself? Where is their mother? Oh he's probably not married anymore. I guess shitty dad was also a shitty husband. Huge shock. Fortunately they've taken off out the back door in full tantrum mode, of course. Good riddance.

Meanwhile your children are sitting quietly, peacefully trying to enjoy the show with all the other kids. There was nothing magical you did to get your own children to behave the way they're supposed to. You set limits and were consistent. It was that simple. How do parents like that manage to suck so badly? Why the fuck are people like that even allowed to become parents?!

Well, as the "shitty dad" at today's puppet show, allow me to enlighten you fine reproachful folks as to how this works. Not all kids develop the same. Some children have trouble understanding instructions, controlling their emotions, or even just sitting quietly with other kids.

Liam has been doing well at school, sitting in circle time and participating with the other kids, so I took a chance on today's puppet show. He started out great. He sat criss-cross applesauce and laughed along with the other kids through the first half of the show. He had to look back and check that I was still there from time to time, but he was holding it together and behaving well, up to a point. I guess the witch was a bit too much for him. He moved quicker than I could and took down the witch with a gentle toss of Scholastic's "Dinosaurs: A to Z", so we got out of there as quick as we could and probably won't go back for a long time. I think he deserves another try though, maybe in the Fall.

What he doesn't deserve is the poisonous dagger glances and pernicious scoffing from parents who don't understand his difficulties. As for parents like me, I'm not sure we deserve your hate faces either. We just want our kids to have all the same fun as the other kids and we would love nothing more than to sit smugly next to our own perfectly well behaved kids. Instead we're dragging our kids out of the room, crying and screaming, heartbroken that they don't get to participate in the stuff they love, not understanding the injustice. The scene we stir up is the part you perfect parents see with your rolling eyes. What you don't see is that conversation we have with our kids at the park later, looking into their tear-streaked eyes and assuring them that there is nothing wrong with them and that they are brilliant, beautiful, and loved beyond measure.

And another thing (rolling up my sleeves and kicking over my soap box), where the FUCK were your kids when mine was coming to the rescue of Hansel and Gretel? They were just sitting there laughing while that bitch was about to eat them! SHE WAS GOING TO FUCKING EAT THEM!! My kid was the only one that did anything!! Mine was the only one with the stones to take action!! Where were yours!? FUCKING COWARDS!!

(drops the mic, slams the door, peels off down the road)
Posted by Unknown