Dear Camping: I Miss You

Oh, woe is me. It's only a few weeks in to the school year, and already we're dreaming about next summer's camping trip.

Jonah's birthday always falls exactly within a 3-day window of school starting, so we try to celebrate it beforehand. This year, he wanted to go camping (yay!). We'd done this two years ago, also for his birthday, and I was pleased that his memories of that time were good enough to warrant a request for a repeat. *high five, me!*

Jonah also requested that his friend Zeke come along, which meant that I had to drag Zeke's parents out into the woods, too, because HELLO?! Chillin' with our homies in nature, amiright?! We had a super kick-ass time.

The first thing we did, of course, was give the boys some hatchets. 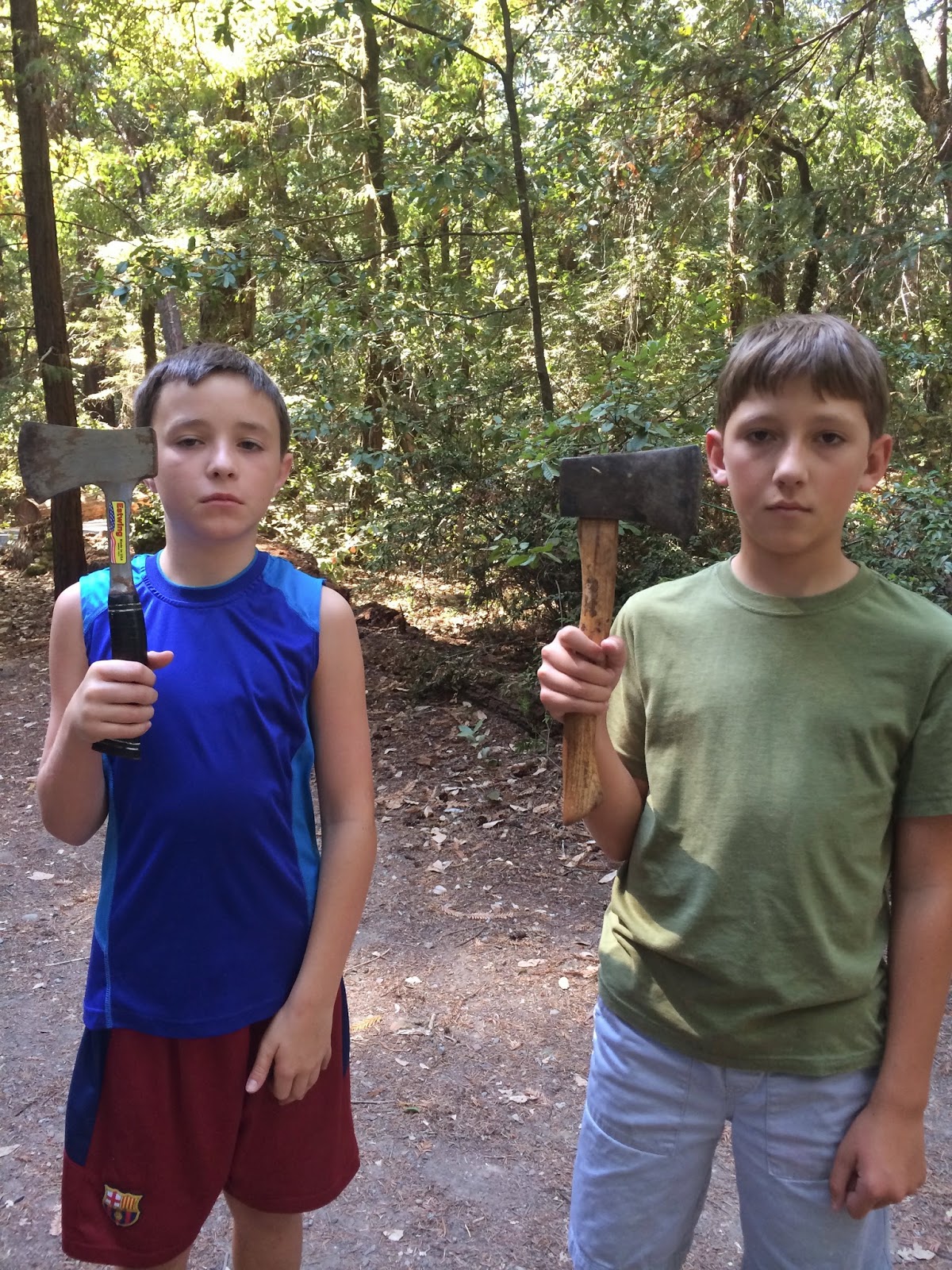 And then we put them to work. 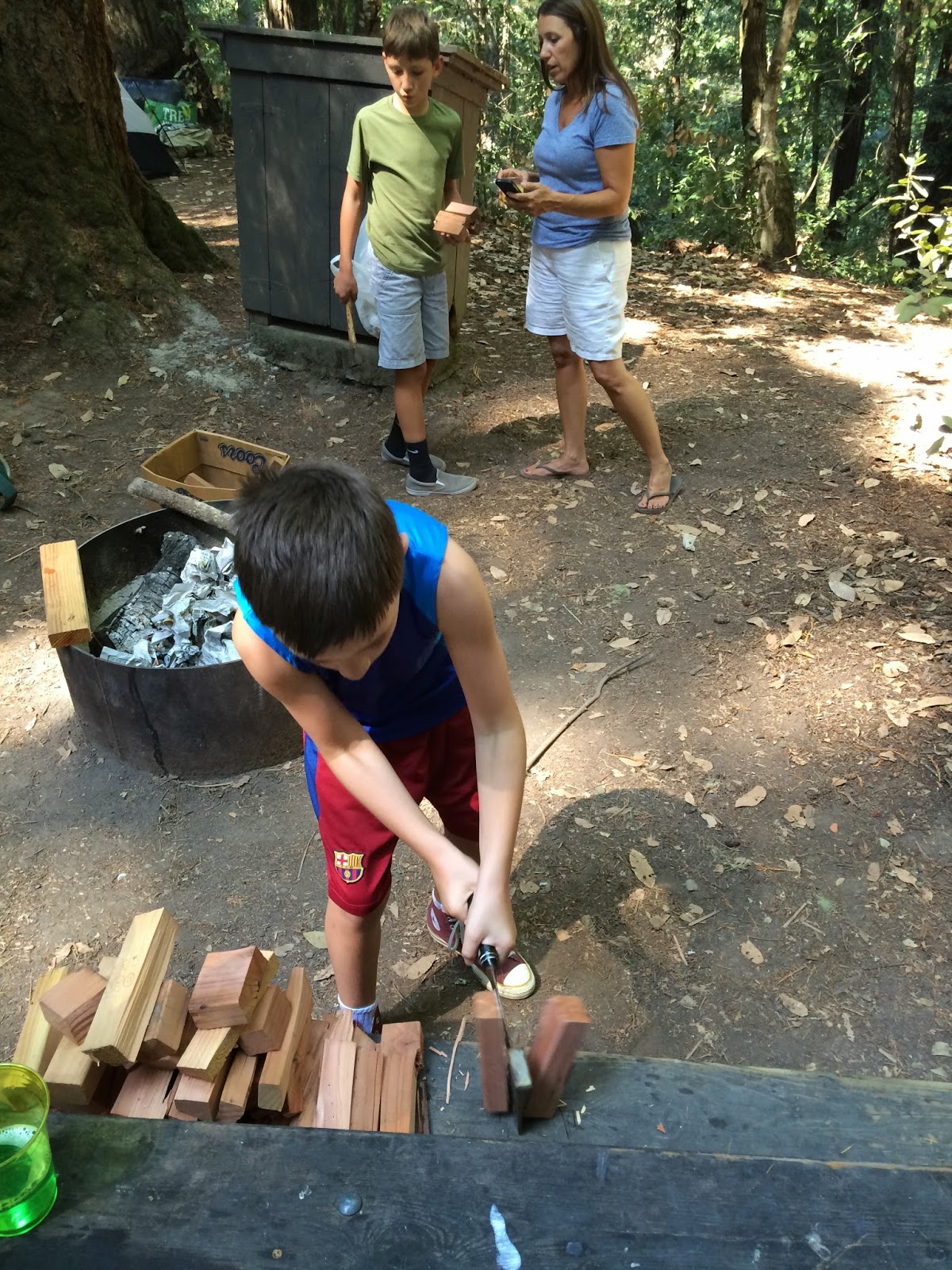 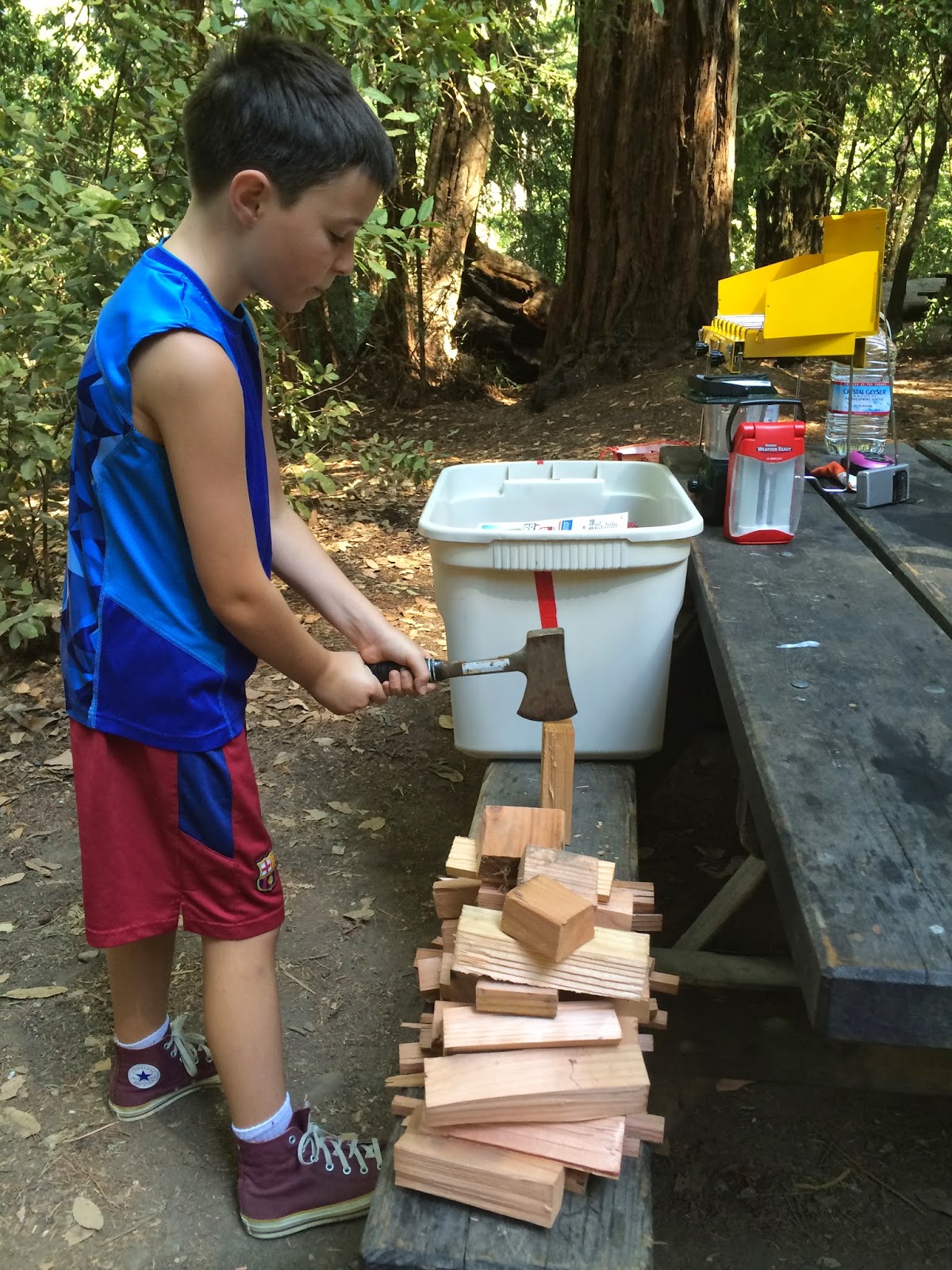 Once they'd chopped enough wood, we told them to set up their tent. When they said "we don't know how!" we said "meh, you'll figure it out." 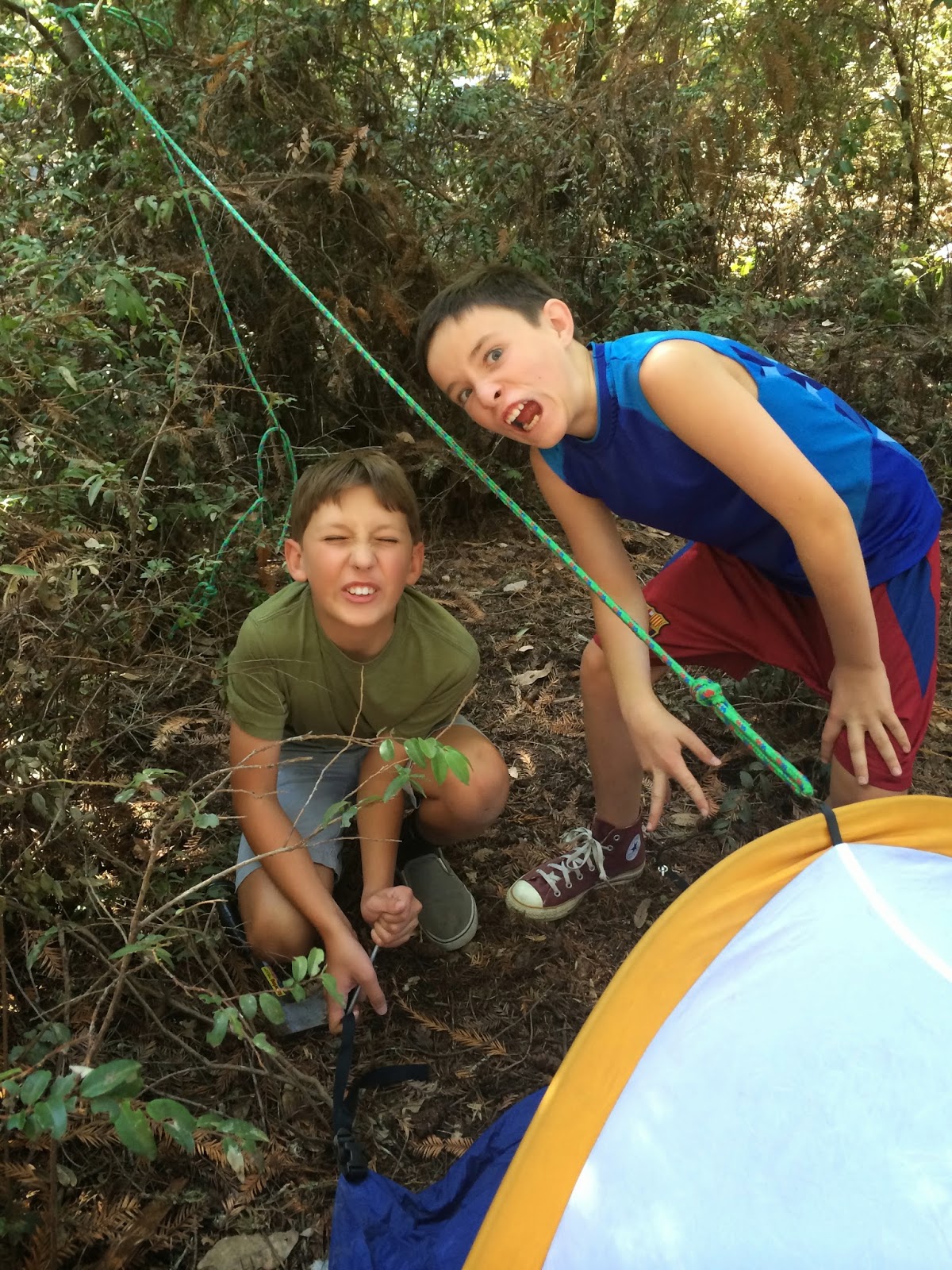 Once they had, in fact, figured it out, we let them go off for some good old-fashioned woodsy exploring! They interpreted this to mean it was now time to go and loot abandoned campsites for goods. It was awesome!! They scored us a rustic cutting board (aka a piece of wood), some rope, a plastic mug and a couple of bottles of water, which was especially rad considering Paul and I had forgotten to bring, erm, water. 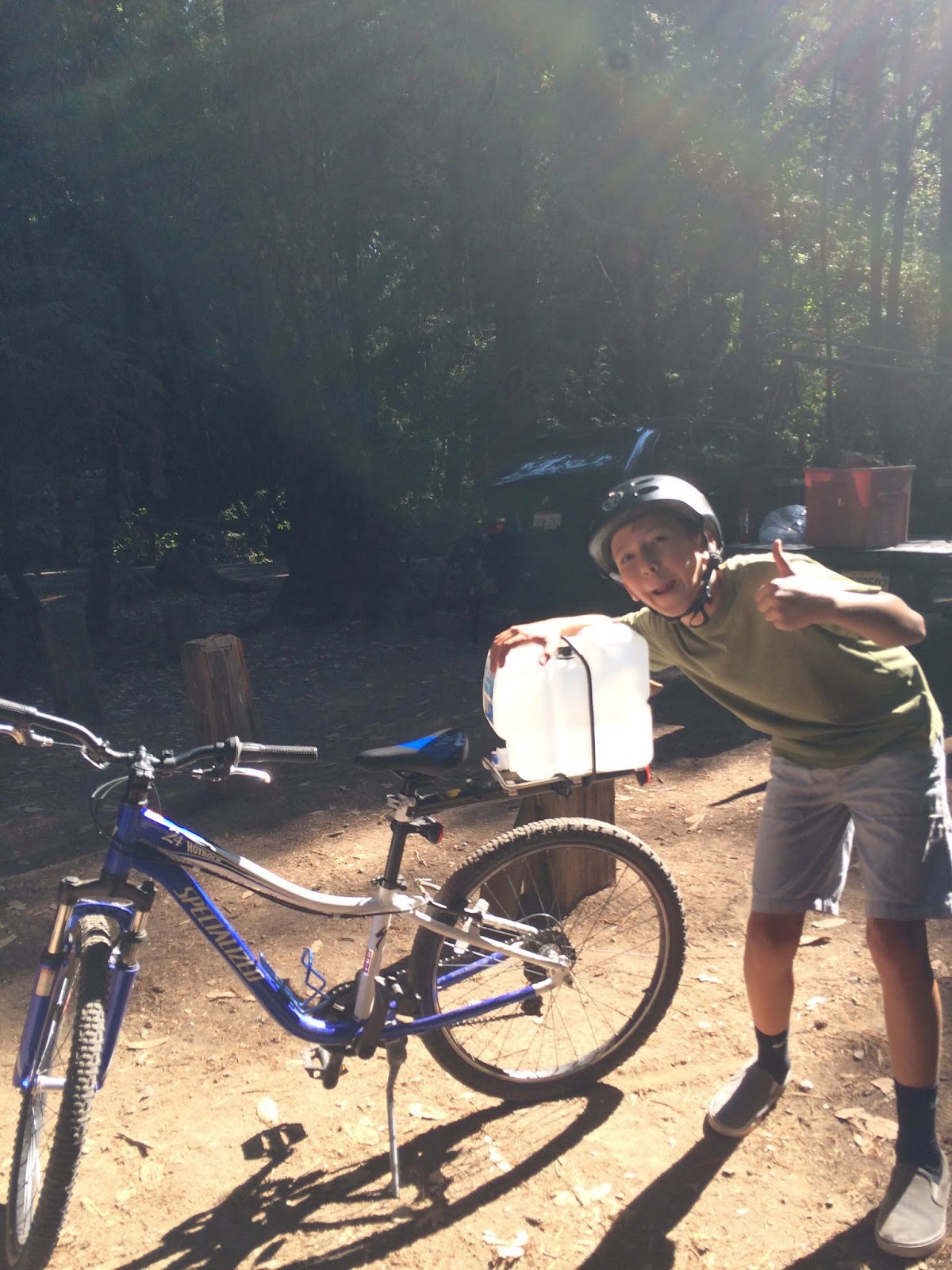 Everybody knows that the best part about camping is trying to prove that you know how to cook at all, let alone over an open fire. Unfortunately, kids don't pay too much attention to stuff like this, so you have to be extra impressive for the other adults around.

While our amaaaaazing sandwiches cooked on the griddle, the boys ate their hobo dinners - Jonah settled on a "grilled pita and cheese" and Zeke ate...a can of beans. Yes, a can of beans. Love that kid! 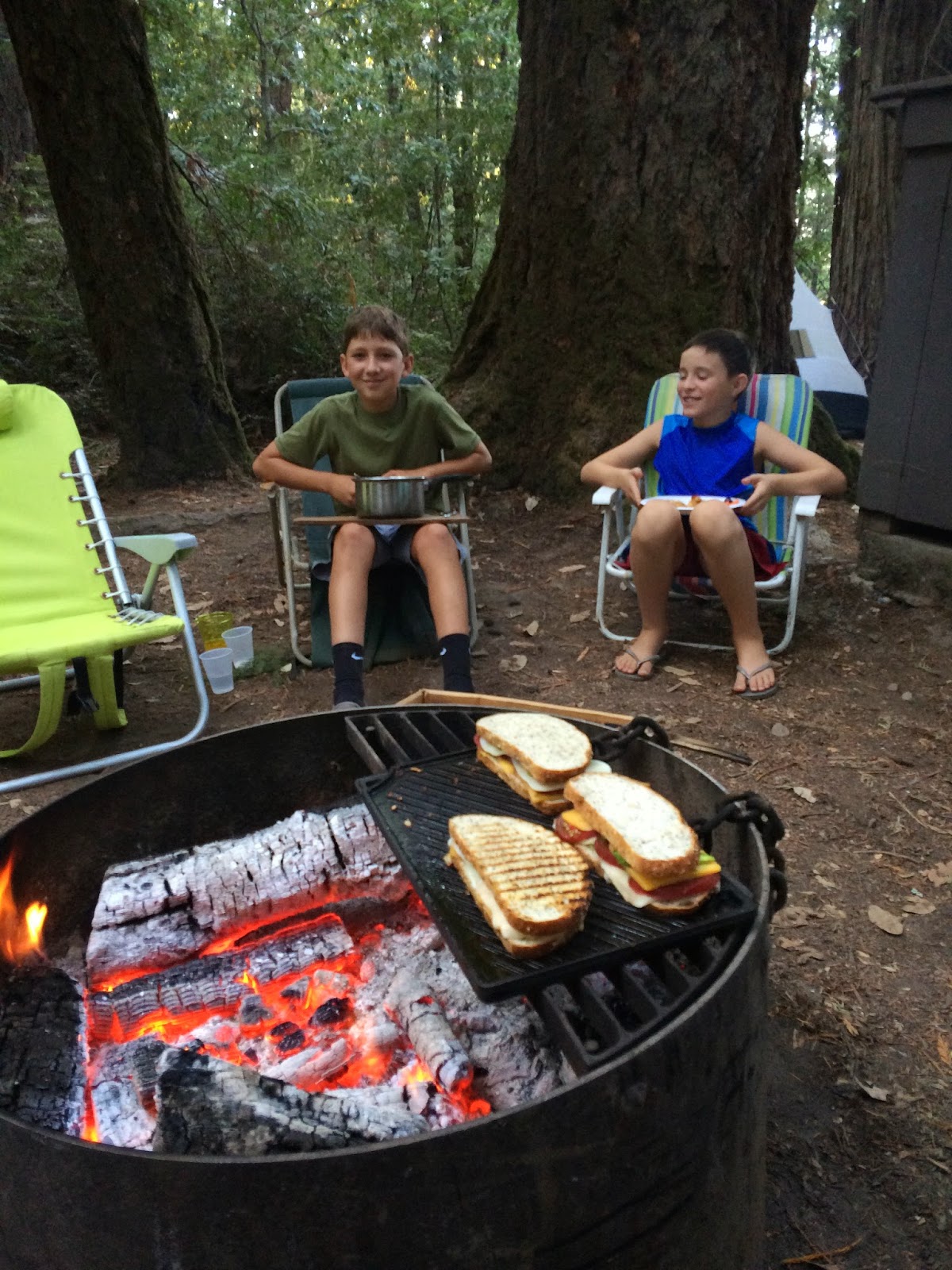 Those kids totally missed some amazing amazingness. Check out this business:

Later that night, we told some campfire stories which, despite the fact that I worked at a youth camp for years, I am usually pretty lame at due to my short-term memory. Luckily I was able to remember one that, if I may say so myself, SCARED THE SHIT OUT OF EVERYONE!! Woo hooooooo! In fact, it was so good that the boys asked me to tell it to their friends then next morning. Let's face it - this is a true sign of both storytelling and parental success.


Then we had to eat again.

Jonah had listed 'Pancakes for Breakfast' on his birthday wish list, and since this was his birthday camping trip, Zeke's parents were happy to comply. *side note - I don't think they actually knew about that request. But they brought pancake mix so I called it a wish fulfilled, and there you go*


Because Paulie is such a show-off, he whipped up a lil' fruit compote to go with the pancakes. Translation: Paulie had prepared all of this fruit for a dessert a couple of nights prior, but then forgot to make it. So we had a bunch of cut-up fruit to get rid of, fast! 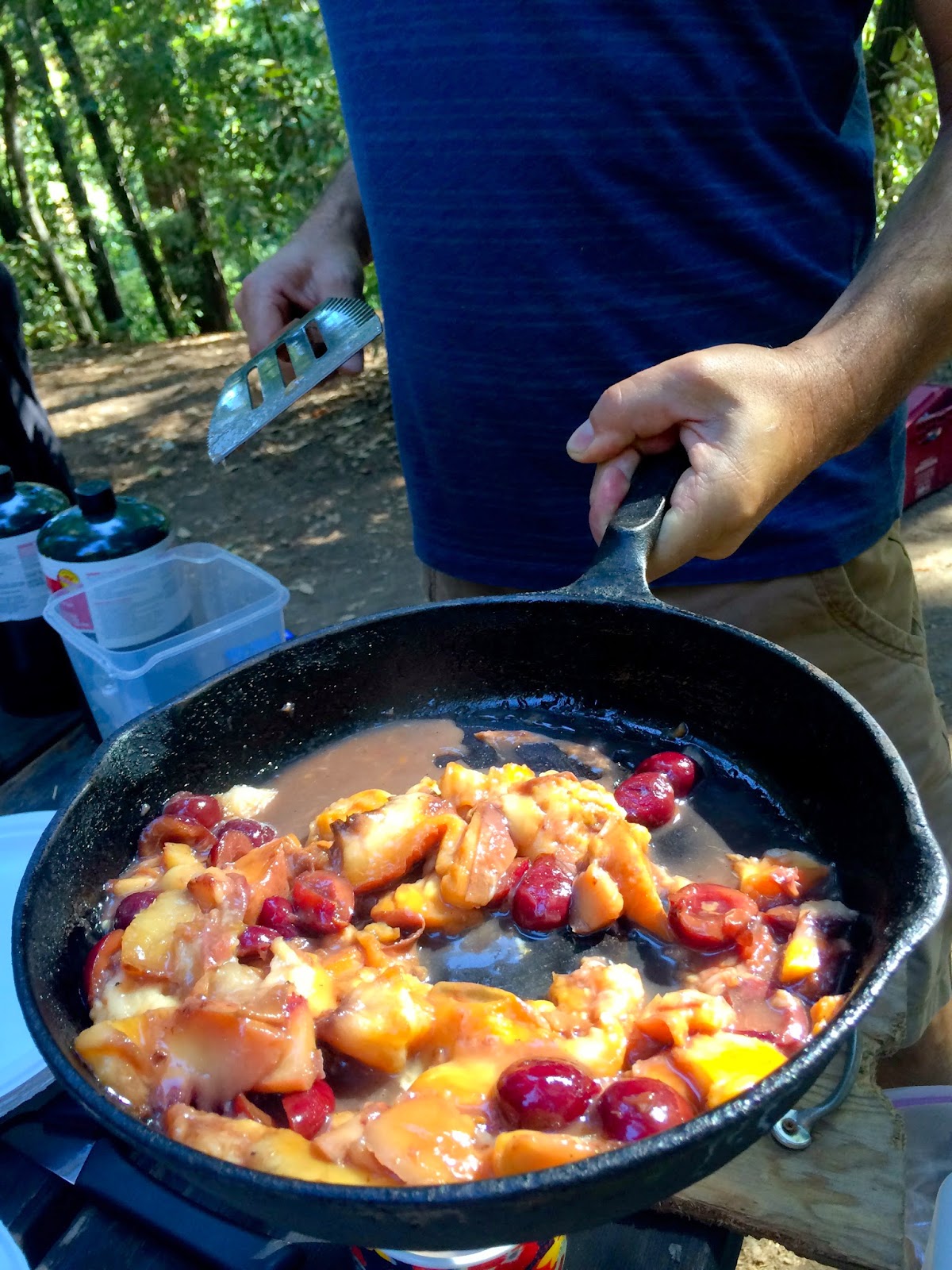 Sadly, we eventually had to pack it up and leave our perfect campsite. Happily, this meant it was time to spend the next several hours playing in the river.