Last week was kind of a stressful one and I found myself needing to decompress just a wee bit. I decided that the best way to do this was to give myself a break from studying while at work, and to do some fun crafting instead!

I'd been wanting to make a fancier receptacle in which to collect the money we save throughout the year for our travels. I had a pickle jar, some old maps, and several one-dollar bills so I figured hot damn, I had myself a project!

That was a mistake.

Now, a quick internet search would have directed me to actual directions on how to carry out my plan. Much like the search I literally did one second ago for the sake of proving my point, which got me to this website, where I found a picture of basically what I would have liked my jar to look like (shown left).

Instead I decided to just wing it because hey, how hard could it be to put a piece of paper on a jar and then just glop on some modpodge?! HOW HARD COULD IT BE???

Turns out it's kind of hard. Hm! Who knew?! Apparently lots and lots of people all over the world, if Pinterest is any indicator (yep, just did another quick internet search. Lots of instructions, everywhere) know how 'decoupage' works. Showoffs. No one can say I didn't try, at least...


As you can see, I had some problems right from the start. Gaps and rolling valleys of map paper, all over the damn place! I decided that rather than panic, I should focus on one area at a time.


I tried to fix the above weird overlapping thing that I hadn't planned for at all in the only way I could think of that made any sense: 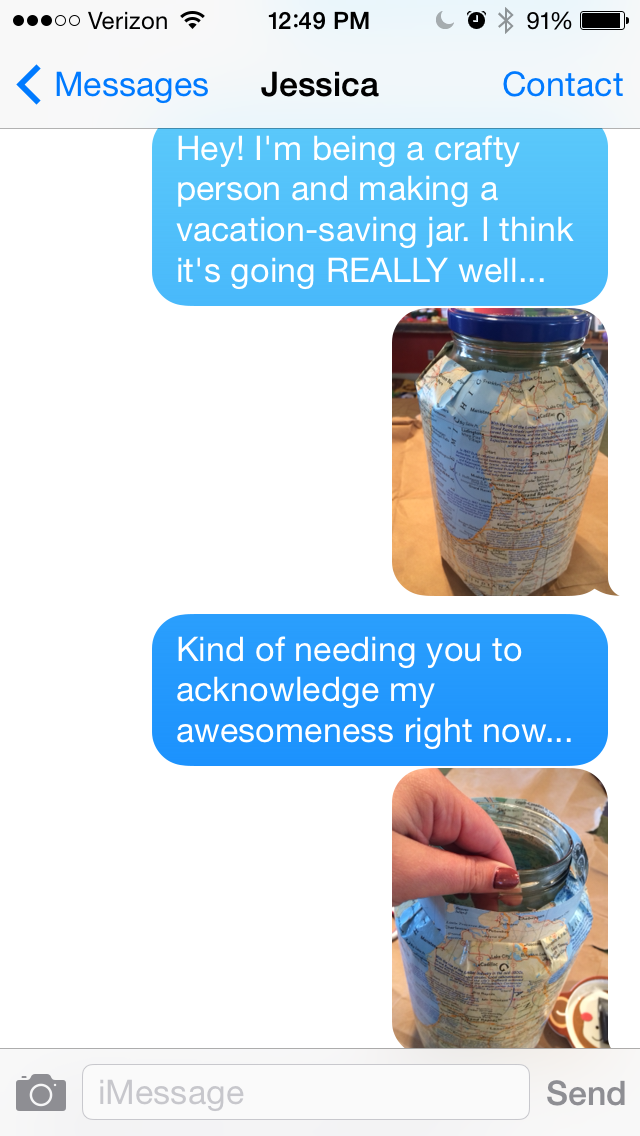 I realized that I was about to cry and, possibly, throw the whole thing into the recycling bin, and so needed some positive reinforcement. I texted the only friend who I knew would humor me - my oldest bestie Jessica. I tried using sarcasm so it would be clear what I was looking for.

She didn't answer right away, so I got more specific about what my needs were. Aaaaaaand, when she still didn't answer me, I knew that could only mean one thing: my project was a complete disaster (which I already knew goddammit!) and she was staring at her phone somewhere, doubled over in laughter and just waiting for me to send her another example of my incompetence.


Finally I heard back, and to my relief she'd gotten my message loud and clear and was generous with her fake compliments and support. 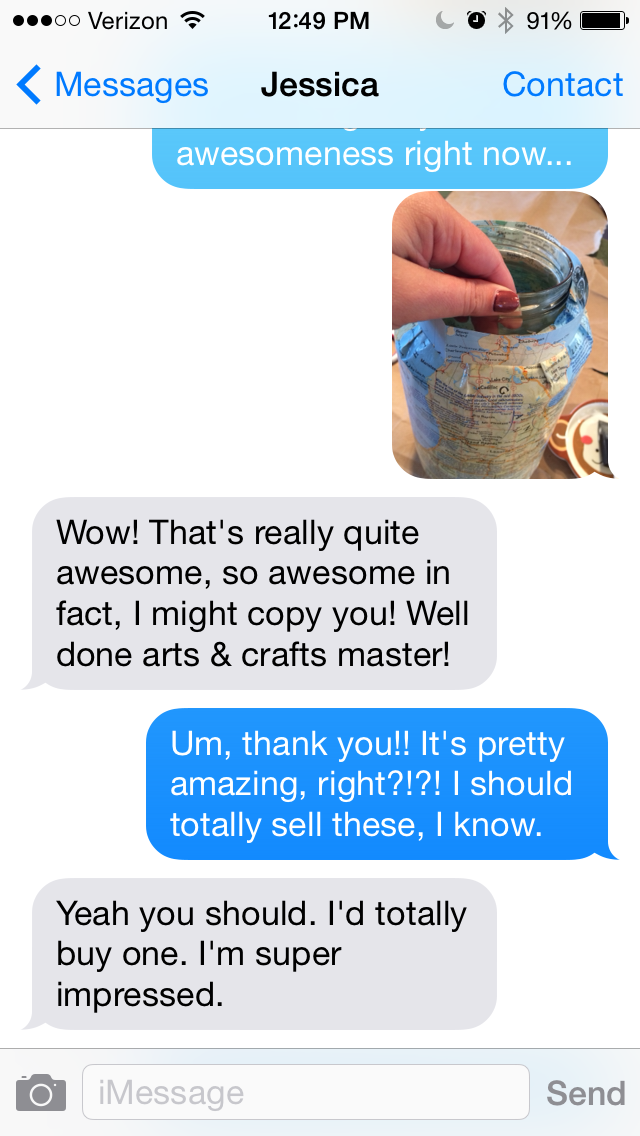 Unfortunately I'd already laughed and cried so much by that point I was ready to give up and just settle for a completely ridiculous preschool-looking vacation-saving jar.