We made it almost three days. Day one went better than expected. He didn't leave with any permanent emotional scars. Day two we were assigned to a certain "group" based on apparent skill level. They didn't actually say that, but they didn't have to. Each group was given names like "superheroes" and "rockstars" as opposed to "athletes", "bench warmers", "going to prom stag", and "jazz band". Liam's group of special athletes were assigned to the most patient of volunteer parents and instructed to play a running version of follow-the-leader. Day three the volunteer coach for Liam's group lined them up for a game of Red Light/Green Light. If you're unfamiliar with this game it goes like this: the coach stands at one end of the grass and calls out "green light!" and all the kids lined up at the other end run toward the coach until he calls out "red light!". If you move when "red light" is called, you're out. The first one to reach the coach wins. When the coach called "green light!" everyone ran except for Liam who was busy engaging the coach's 6-month-old baby in conversation in a stroller at the edge of the field. When he called "red light!" Liam ran over to one of the frozen kids and tackled him to the ground.

I didn't immediately throw in the towel at that point. I really wanted to feel as though we gave this soccer thing a shot so I waited until the impressive patience of the coach was completely exhausted before taking Liam by the hand and guiding him to the car. I think it took a little over 12 minutes.

In my hurry to get Liam to soccer practice I'd forgotten some papers at the office, so we went back to retrieve them. I took advantage of the opportunity to show Liam around daddy's new work. He was completely awestruck. 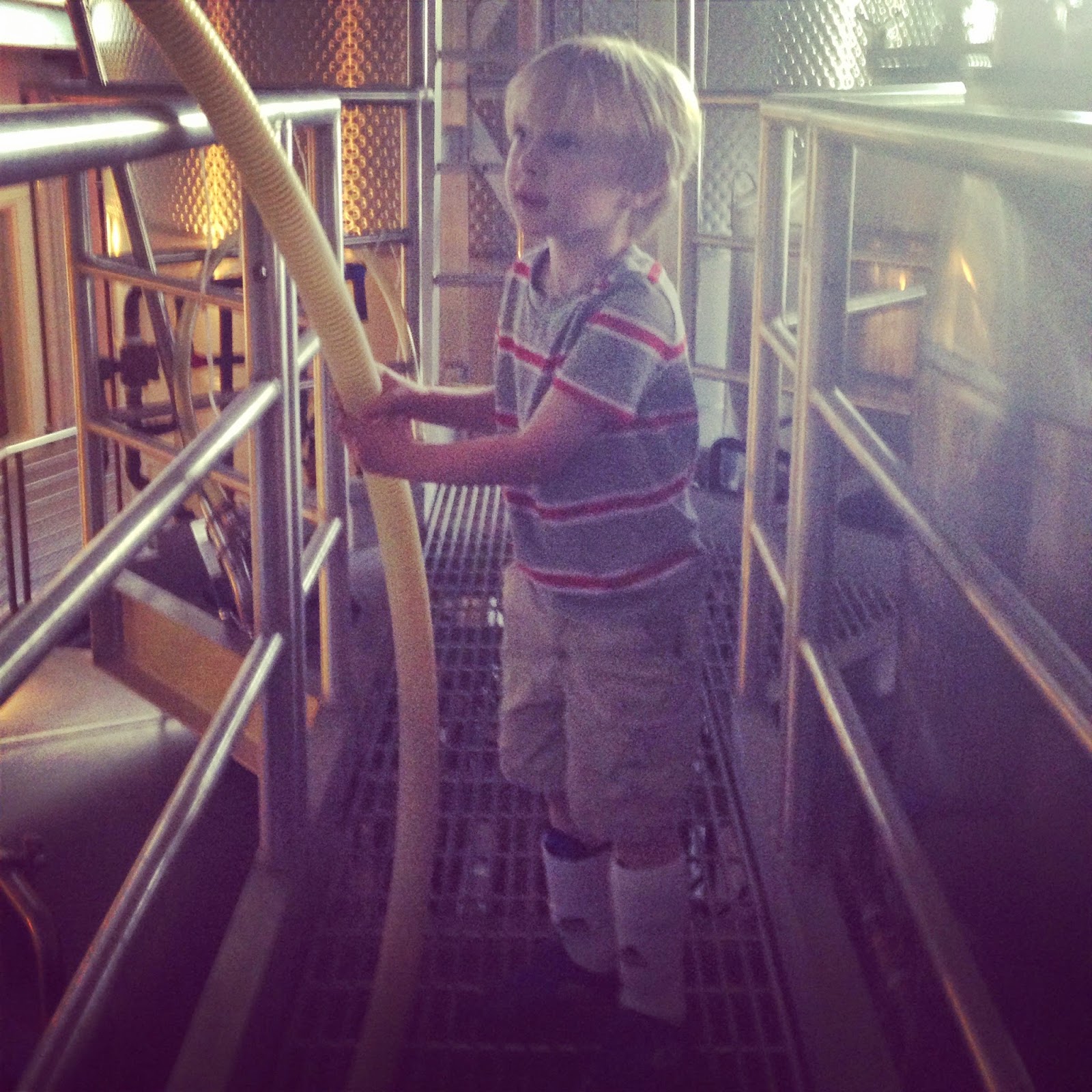 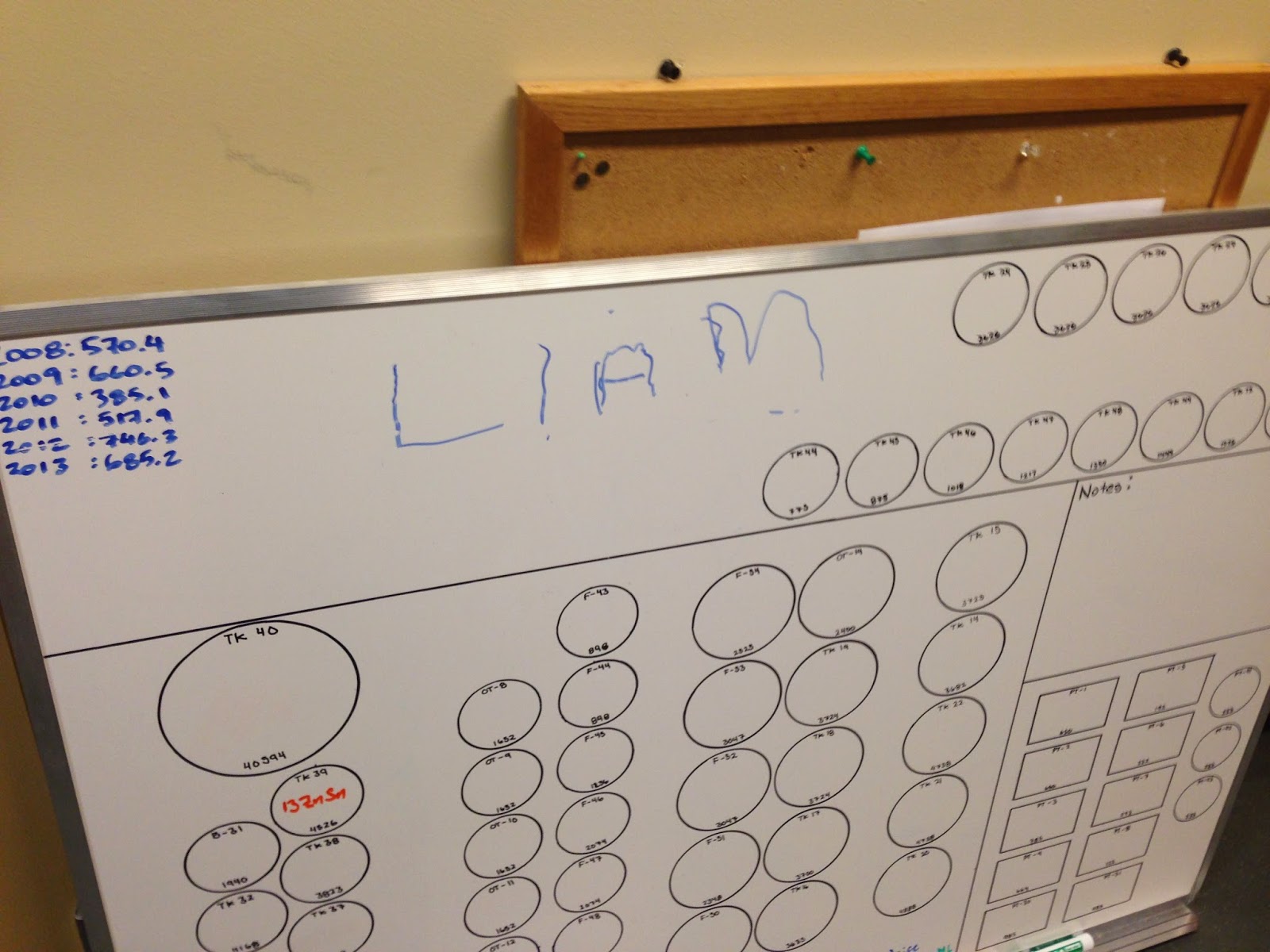 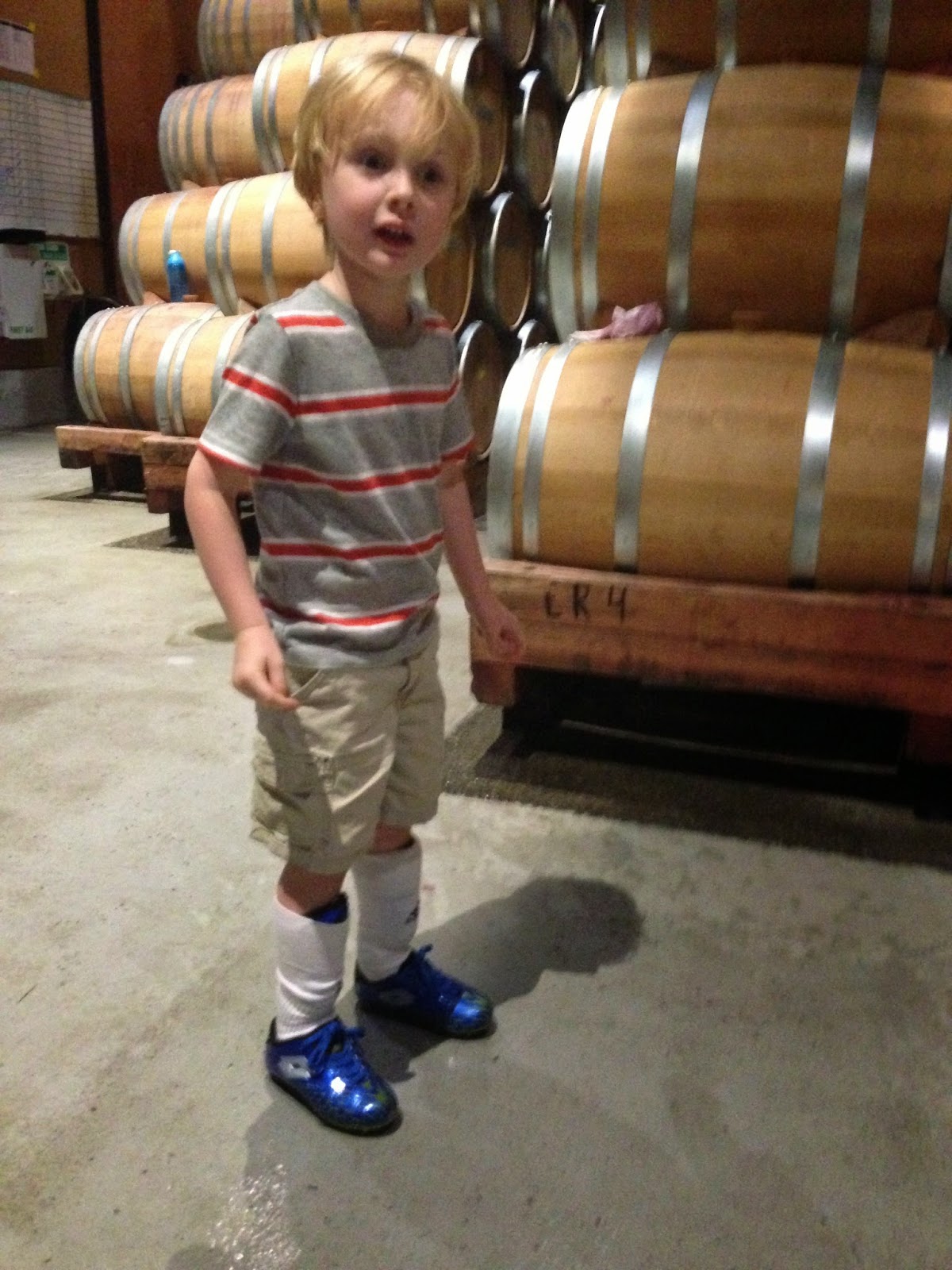 To say I'm excited that he's ambivalent about organized sports and amazed by absolutely every aspect of my greatest passion, isn't accurate. I want him to love some kind of group thing that makes him sweaty, it's important. It might end up being soccer after all, just not yet. It might turn out to be something else like baseball, karate, or (god willing) rowing. Time will tell. Until then I'll encourage all interests and let him find his way. If his path happens to lead him to becoming a winemaking oarsman, well don't blame me.
Posted by Unknown