Liam was born in July of 2009. Erin and I had put so much energy into just getting through pregnancy and childbirth that we didn't have a clue what to do the second the delivery was over. I doubt I would have even remembered a car seat if the hospital hadn't warned me we couldn't leave without one. Inexplicably, the nurses placed Liam's tiny butt in my inept hands and sent us on our way despite the obvious peril he'd be facing in our care. I've been in a mild state of panic ever since.

The learning curve is steep those first couple of weeks. You find yourself using words like 'colostrum' and 'bilirubin' and forming strong opinions about things that had never crossed your mind just a month earlier; things like circumcision, pacifiers, swaddling, and vaccination. 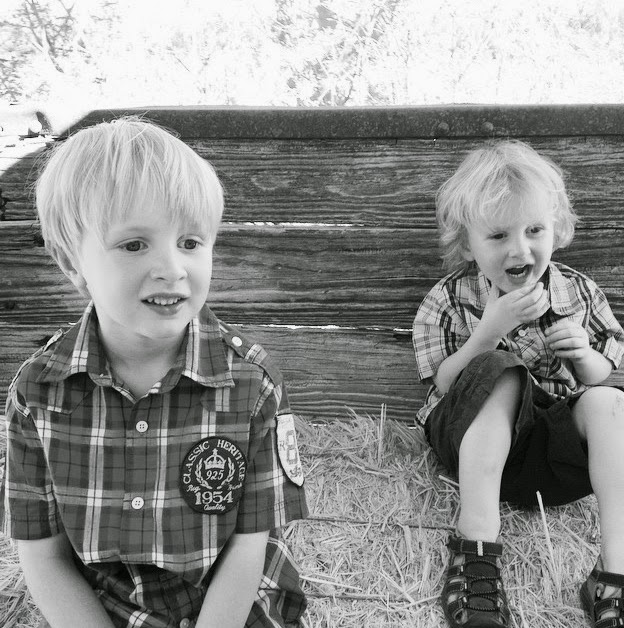 The topic of vaccination was a hot one that summer in 2009. Andrew Wakefield had published his paper in the Lancet back in 1998 linking autism to the MMR vaccine, and by 2009 the campaign against vaccination had built up such an impressive head of steam that there were enough reliable looking articles on the subject to scare the meconium out of any new parent.

Many parents chose to opt out of the doctor recommended vaccinations for their children that year. I'm happy to say Erin and I did not. We did, however, go with the "alternative schedule" that spread the vaccinations over multiple visits. The anti-vaccine movement was effective enough to give us doubts, at least for a moment.

By 2010 the Lancet formally retracted Wakefield's paper and we'd read enough reliable scientific research on the topic to assuage any fears, so when Finn was born in 2011 he received the regular vaccination schedule.

Now here's the kicker: as of last December both of my sons have being diagnosed with Autism Spectrum Disorder (ASD).

I'm not going to talk about the ocean of scientific research that proves the MMR vaccine does not cause autism. There is enough out there for anyone with an interest to do their own research. What I do want to talk about is the one thing that I think is keeping the anti-vaccine movement alive. These studies that support vaccination tend to leave nothing on the other side of the equals sign. If vaccines don't cause autism, what does?

The CDC estimates that the current rate of ASD prevalence is about 1 in 68 U.S. children. That's up from 1 in 150 children in 2000. Those numbers are terrifying. It's natural for any parent to think some unseen force is at work and to start to look for patterns. If the increase in vaccinations in the past few decades is paralleling the increase in autism prevalence and the symptoms of autism show up about the same time children are vaccinated, it's an understandable conclusion that one might cause the other.

I say this only because the opponents on either side of the debate need to start listening to one another. I'm definitely pro-vaccine and I don't know many who aren't. All too often I hear my pro-vaccine friends using slanderous and hateful language toward anti-vaxxers, and that's not helping anyone. When has a debate ever been settled by two opposing sides screaming at one another until they're blue in the face? If you have young children like I do, remember how scary some of these claims about the MMR vaccine were. That fear created by the anti-vaccine movement is the real problem.

Think back to when we were kids. We'd never even heard of autism until the movie "Rain Man" came out. There was no discussion of it, it wasn't something teachers were well aware of, and doctors weren't buzzing about it. It was not a hot topic.

But remember those kids in school? There were those kids described as late-talkers, anti-social, or just weird. Nothing much was done for those kids back then, but why would there be? They were odd but they weren't exactly "Rain Man." Those kids don't get passed over anymore.

My boys were both diagnosed with the broadest form of ASD. It's called Pervasive Developmental Disorder, Not Otherwise Specified (PDD-NOS). Surely, if educators, child-care professionals, and medical professionals had the same tools back then that they have today, this non-specific diagnosis would have applied to just as many children as it does today.

The good news is my boys are getting extra help. They're offered special education and therapies through my healthcare provider that kids didn't get back in the day. Back then they would have just had to struggle, so this prevalence of autism diagnoses is not a bad thing.

As of this date there have been 88 cases of measles linked to the outbreak that started in Disneyland this month. Those little kids whose parents exempted them from the MMR vaccine are growing up and for the first time they're going on the all the rides, using the public bathrooms by themselves, wiping they're runny noses on everything, and never washing their hands. Last year there were 644 cases of measles in the U.S. according to the CDC. That's a number that hasn't been seen in this country since before the widespread use of the MMR vaccine started in the mid to late sixties. This year we're on track to beat that number.