I'd known months in advance that Erin's week long Yoga Retreat in Mexico was set for mid-March. I'm not sure what a "Yoga Retreat" entails, just that it meant a significant number of local moms were abandoning the children of Healdsburg to the questionable competence of the local dads. The authorities probably should have been notified.

I wasn't sure if I was up to the task, but it turned out not to be that big of a deal. Seriously! I guess I'm not really sure why I thought it would be. I had to come up with a couple of new dinner ideas and we went through a few more diapers, but really it wasn't so different from any other week.

I think I was worried about Jodee. Our relationship is still relatively new, or at least in my head it's too new to be subjecting it to this kind of test. 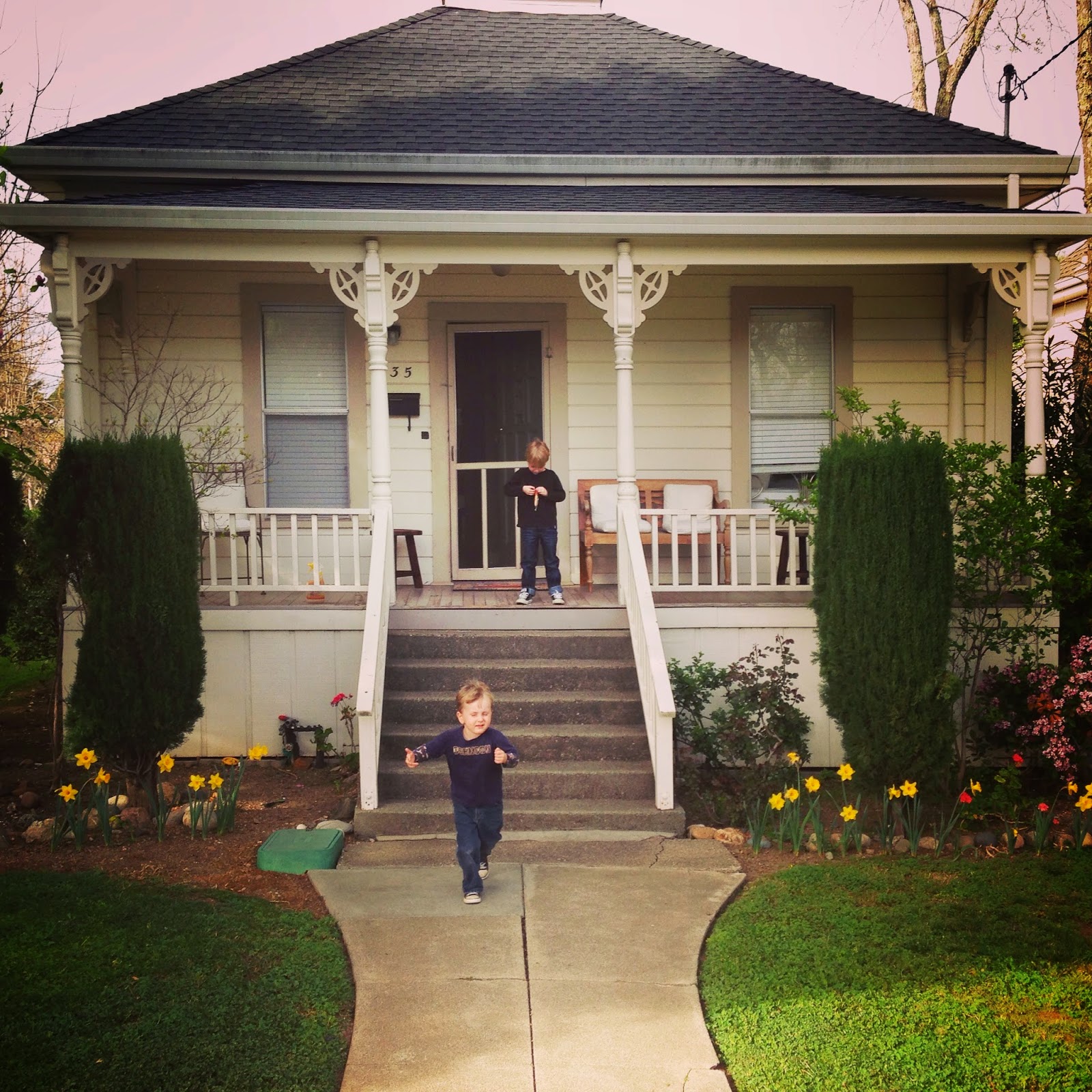 Three and five-year-old brothers are, quite simply, a natural disaster personified. There's nothing you can do to prevent a hurricane. All you can do is be prepared for the onslaught, endure it, and rebuild. It's exactly the same with Liam and Finn each weekend we're together. The last nine straight days, however, was like one of those hurricanes that stalls off the coast and just keeps making things worse and worse.

I anticipated this and wisely planned a couple of moments of relief. For example, I scheduled a sitter for Thursday night as a surprise for Jodee. I had no real plan in place for the evening, just a spontaneous break, maybe a walk downtown or a quick happy hour cocktail. This would have been great except I was so scatterbrained trying to manage the logistics of the week I forgot about the sitter until she texted that she was on her way. Of course I received this text while I was on my way to trade cars with Jodee at the gym and go pick the boys up from daycare. I got home 45 minutes into the 2 hour window I'd promised the sitter, so I paid her for her time and went and had a 1 hour 15 minute date with myself.


I think leaving town with the boys the following night was a wise move. We hadn't seen my parents in a while so it was off to Berkeley to hear my mother's sweet voice telling me things like "you should take a nap" and "we ordered pizza."

I got back Sunday night. While it was a totally manageable week, I was too exhausted on that final night to do anything but stumble to bed. The boys had napped during the day and weren't ready to end their weekend. Mercifully, Jodee offered to stay up for a bit and put them down for me.

I think she missed us. 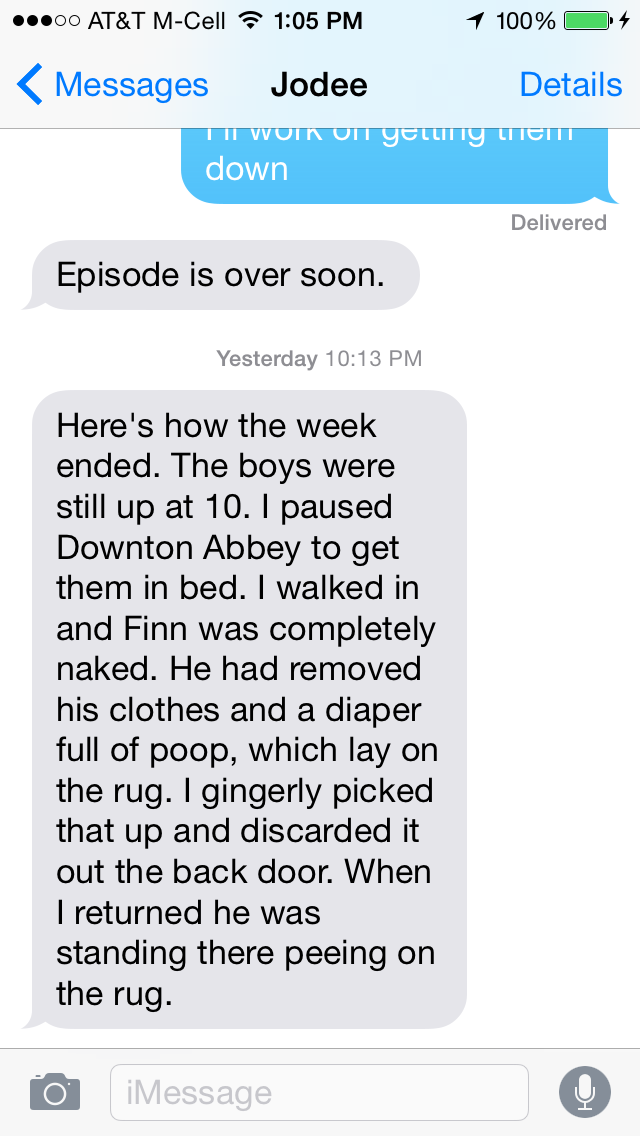