I was posting an article online about a man, named Akira Haraguchi, who memorized a mind-boggling 100,000 digits of Pi, when I heard a loud bang from the bedroom. It was that familiar sound that told me one of the boys was climbing something he wasn't supposed to, and it hadn't worked out. Usually this sound is paired with a cry matching the severity of the injury, but I perked up my ears and didn't hear a peep. This means that whoever took the spill was either uninjured or really injured.

Before I had time to panic I heard Liam shout "hurt?!" He sounded equal parts pained and confused, so I went to investigate. He was doubled-over, looking nauseous, unhappy, and completely dumbfounded. "Awww buddy! Did you get hit in the balls?" I asked feeling truly sympathetic. He responded by going to his room and putting himself back to bed. 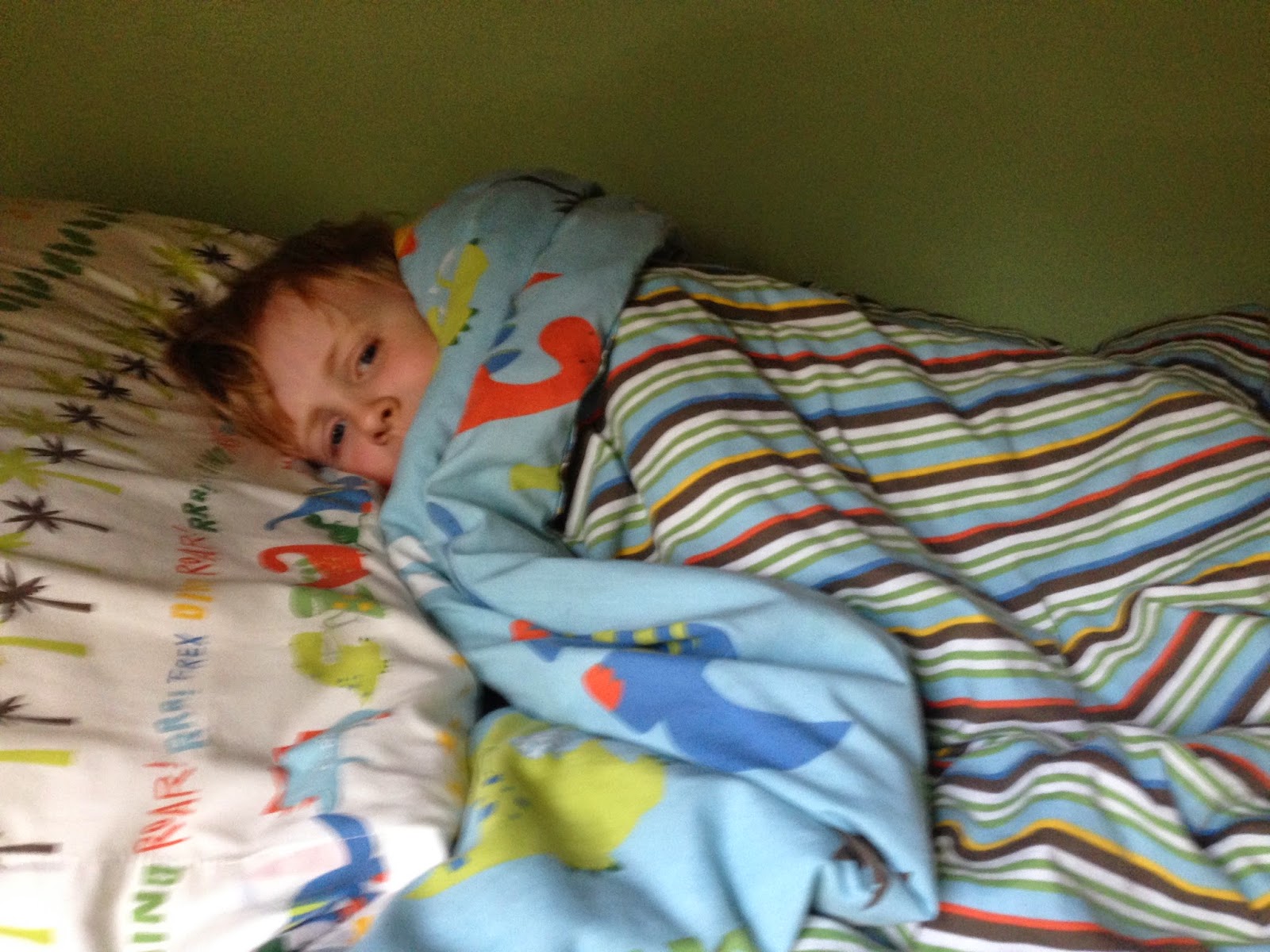 I left him alone for the requisite 20 seconds it would take him to recover and went to inspect the scene of the crime. How remarkable was this? It had been just before 9:30am on 3/14/15. I was hyper aware of the time because it's Pi Day and it was around the one second of this century that matched Pi to ten digits. Could it have happened at exactly 9:26:53?

Just an hour earlier Jodee had reprimanded Liam after catching him propping up her foam body roller between my dresser and the foot of the bed and trying to ride it like a horse. Here's what I found in the bedroom. 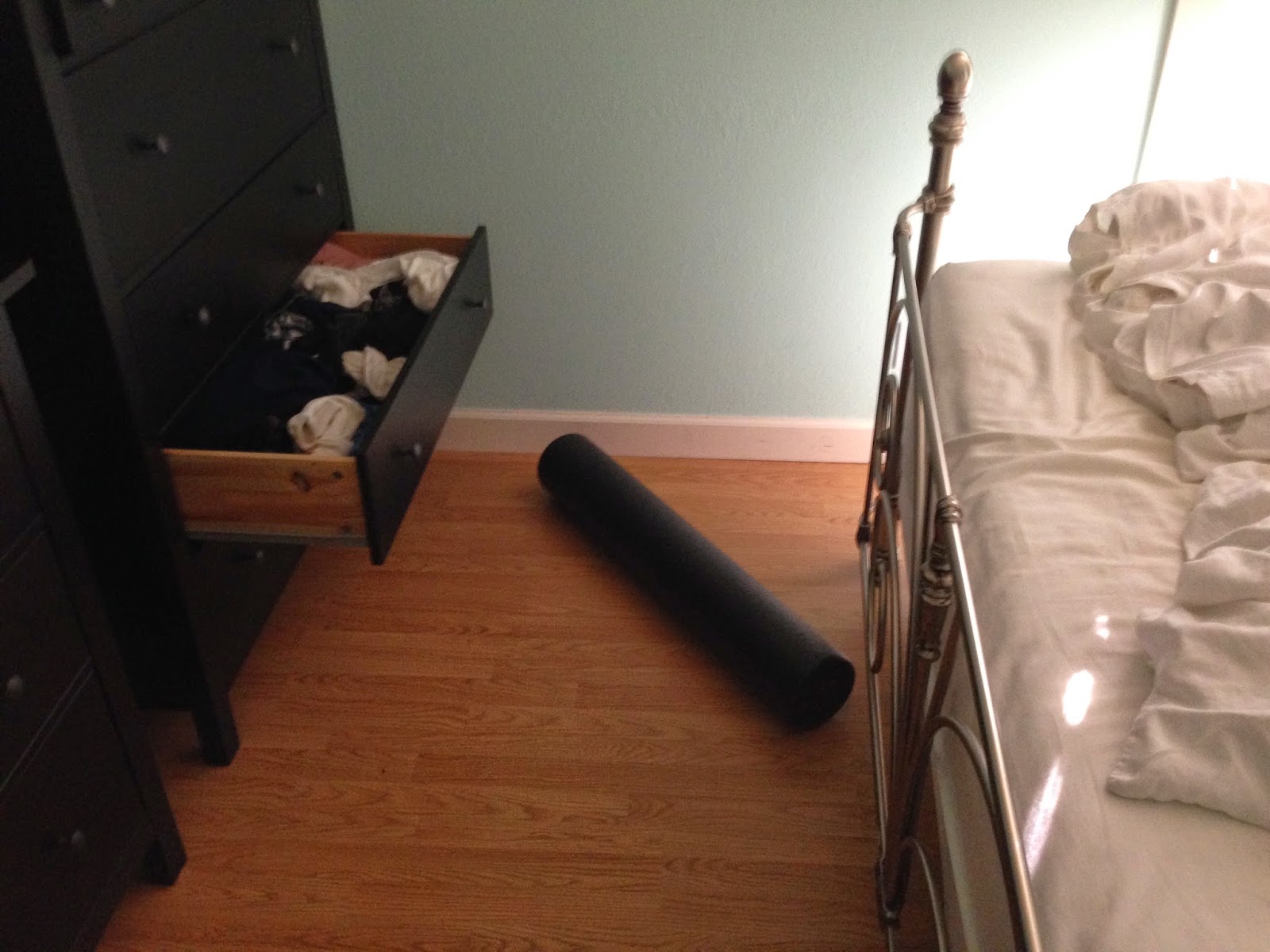 I think his body roller rodeo days are over for now. I guess Karma is a math dork.
Posted by Unknown