Sometimes I go on vacation because let's face it, living in the breathtakingly beautiful wine country of Northern California can really get a girl down. Sometimes these vacations involve beaches, and cocktails, and being lazy and basking in the glorious sunshine all the live-long day. My most recent vacation included...some of these things.

I went to the Midwest, woo hoo!

This trip back to the land from which I sprang was extra fun because I brought along my man, good ol' Paulie who, being the good sport that he is, allowed the kids and I to drag him first to Cleveland, then to Detroit, then to Kalamazoo (and surrounding areas) and finally to Chicago. Needless to say he freaking loved it. And, there were a couple of beaches involved so...yeah.

Because it's summer and no one has time to do things like 'read this blog', I'll give you a Top 5 list of things we loved the most:

1. Visiting Grandpa Janik. I mean, grandpas are the best, so there's not much else I need to say here. My grandpa has a pool, a hot tub, and really nice whiskey. Being at his house is like, well, being on vacation.


Also, grandpa's dog Buddy is the Best Old Dog in the whole wide world and I could watch him walk to greet whoever is at the door a thousand times and be humbled and happy at the simple determined devotion of a good dog every dang time. 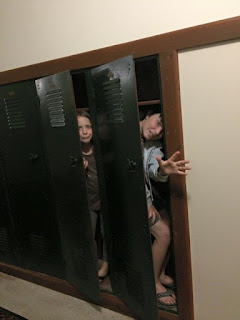 2. Detroit! Seriously, Detroit. I really wanted to check out this city because I love me a city fighting it's bad reputation and winning. It did not disappoint. Aside from the general cruising around one does while traveling with Paulie so he can do his fantasizing, we visited friends while there. One works in an incredible restaurant - converted from a pawn shop in the Corktown neighborhood and decked out in reclaimed materials - called Gold Cash Gold, which easily rivals any farm-to-table establishment here in Sonoma County. Another friend lives in an old school which was converted into condos, which was kind of the coolest thing ever. The kids especially loved hiding in the lockers outside their door.

While Paulie and I were too busy looking at maps and street signs during one of our many navigation-fails, Jonah spotted a huge lot full of these freaking incredible structures: 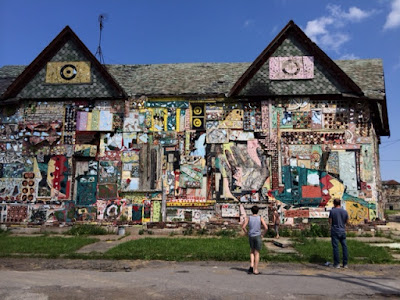 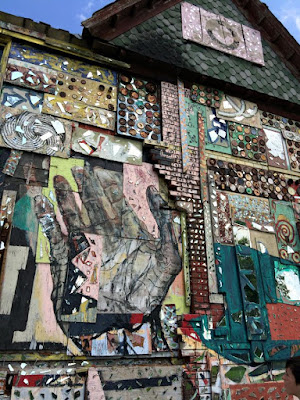 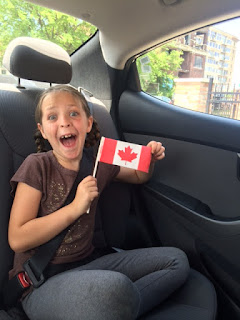 3. Canada! Okay...Canada was actually pretty boring. But to be fair we only went over for lunch - I mean, how could we be so close and not pop over to get another stamp in the ol' passports, right? What was exciting was the fact that I'd forgotten to bring the letter I'd carefully written up and had the kids' father sign which stated that yes, he was aware that I was taking the kids into Canada and no, I was not in fact trying to steal these two beautiful children with different last names than both myself and the driver of the car. Good thing Canadians are so trusting and friendly! We only had to take a slight detour into higher security to convince them we weren't on the run from our sad shambles of a country. Other than that, Canada was kind of a bust. Except for the cuisine, of course.

Can we take a moment to talk about Poutine? Picture french fries and cheese curds covered in gravy. Now picture yourself eating this magical concoction of delicious wonderstuff. You now have a small idea of my joy.

Michigan has one thousand bajillion lakes and I grew up swimming in them. This is a pastime I am determined to instill in my kids, even though it's too cold to swim in water where they are growing up, i.e. northern California. Swimming in lakes is a big part of why I try to take my kids to the Midwest every so often.

Unfortunately, the water was soooooooo cold while we were there. Like, painfully cold. Paulie was pretty sure he saw an iceberg floating by when we flailed around trying to warm up in Lake Michigan. Despite the look of raw misery on Jonah's face, he absolutely got into that water again, and nagged us all to do the same. Several times. Ouch. 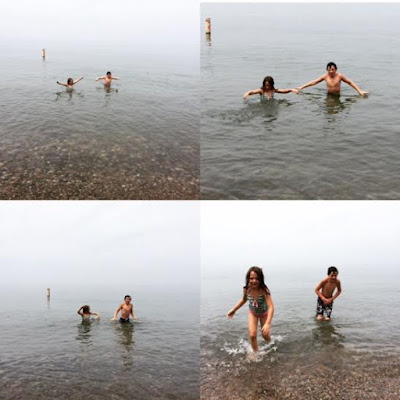 When it was just too dang cold to get into the water, we did other Lake Michigan-related activities, like walking to the lighthouse in South Haven. This requires a photo, of course. Or, several attempts at a photo: 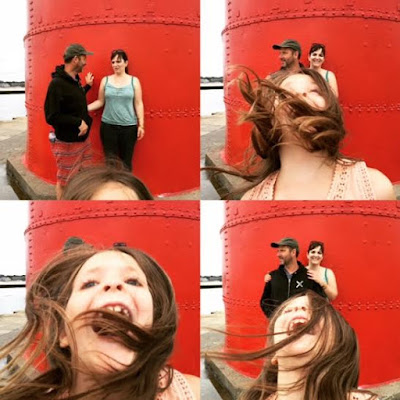 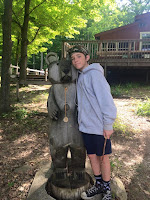 5. Van Buren Youth Camp. This is the camp I was lucky enough to attend in my youth. I was then a counselor, and eventually a staff member. One of the reasons we went to Michigan this summer was for a camp reunion, and then Jonah spent a week there as a camper. *Sigh* *Traditions Continuing*
Oh, man! I went through the whole Top Five and I didn't even get to all the time we spent in Kalamazoo, or hanging out with friends which makes me so super mind-bogglingly happy, or how Paulie got to shoot some guns, or the alligator sanctuary, or the time we spent with family, or how Evie got lice, or touring around Chicago - I skipped Chicago! Jeeeeeeez. Clearly I need a Part Two for this thing. Or, you can just take my word for it that we had a beautiful visit and even though I now need a second job to pay for it all, we can't wait for the chance to return.

We love you, Midwest!
Posted by Amanda Janik