Since Evie mastered the skill of writing, she likes to write a lot. Lists, reminders, notes, Valentines, cards, letters - you name it, she’ll write it. This has been lovely because sometimes she uses this as a tool to communicate in lieu of actual words. I especially appreciate this in the mornings when, instead of being woken up to hear the minute details of her demands for the morning, I wake up to scraps of paper on my face: 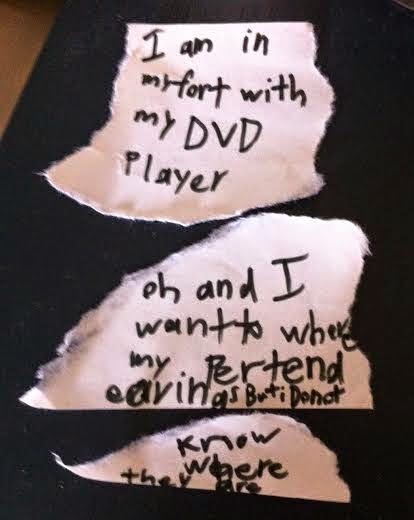 Another thing that has come out of Evie's newfound love for writing has been her willingness to reflect. When she's upset, she will sometimes disappear for a few minutes and then come back with notes explaining what was bothering her. This series shows that she felt her brother was being mean to her after building her a fort, which upset her, causing her to be mean back. For one second.

Sometimes she offers friendly reminders to us as well, in written form. When her brother recently promised to teach her something, he seems to have been lagging (in her opinion). Apparently, the first note worked, so she was inspired to offer a follow-up to show her appreciation. 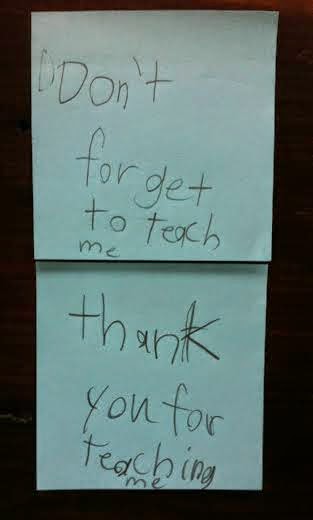 Her brother and I aren't the only ones to benefit from Evie's writing. Hours are spent making cards and posters, stapling self-made 'books' and zines, and creating to-do lists. Overall, it has become a very useful tool.

The other day Paulie was on the phone with the internet company - again - and was frustrated. Evie came up to him and tried whispering something, but he couldn't understand her and pointed to the phone with a 'sorry' shrug of apology. A few minutes later, she tried again. He assumed she wanted a snack, so he ruffled her hair and whispered "just a minute, kiddo." She walked away again.

Finally she came back, with this: 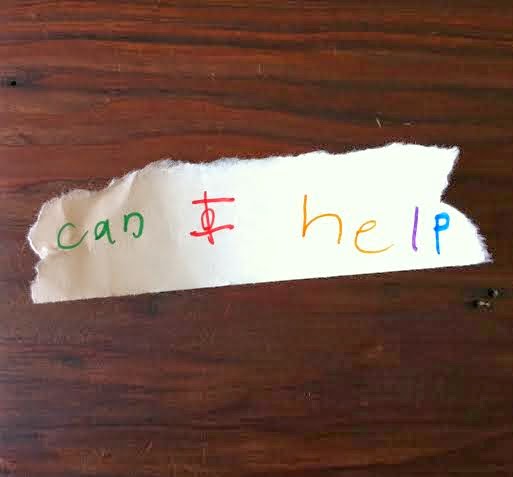 How sweet is that?! Paulie was so touched by her kindness that when he finally hung up the phone after a mind-boggling internet-connection-related phone call and found the next note she'd written for him, all he could do was laugh... 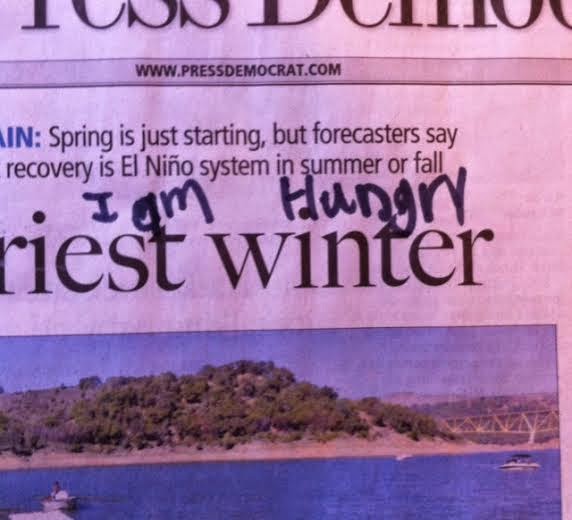