The Lady of the Land

Okay, I know I've been going on about houses too much lately. I SWEAR this is the last house related blog. It's just been quite a ride what with the selling of one house, the year in Greyhouse, and now the luck of scoring the new house (which, by the way, Liam has officially named 'House'. Not his best work). I planned to leave the subject alone but I just CANNOT help but share the unbridled JOY I'm feeling having been newly blessed with what is easily, unequivocally, the world's greatest landlady. Why must the process of beatification and canonization wait until five years after death?! I'm emailing Pope Francis. I'm sure he'll make an exception in this case.

We knew the house was a bit janky. It's an old house that was built some time before the 90 degree angle was invented, which is okay. We also knew that the person in charge of the house's upkeep had interesting ideas when it came to pinching pennies. Apparently spackle is cheaper than a doorstop since most of the doors have a nice doorknob sized dent in the wall behind it. And I see the logic behind leaving an even film of grime on the ceiling throughout the entire house, because once you start cleaning, where do you stop? But Jodee took issue with the steel framed windows that were designed by retired French Revolution executioners, so she sent the landlady an email

"...most of the windows in the house aren't usable. They don't stay open and they slam shut with enough force to chop a kid's finger off or kill a cat."

The response was swift.

"I don't think we're going to get windows fixed by the owner, but I'll ask for you."

What a saint. Additionally she provided us with the tools to help ourselves.

"You should get a wooden dowel at the hardware store and measure, then stick it under the window to keep it open."

Give a man a fish and he'll eat for a day. Teach a man to fish without fingers or a pet cat, and he'll save 30 bucks and a trip to the hardware store.

There was a P.S. to her email that I enjoyed as well. 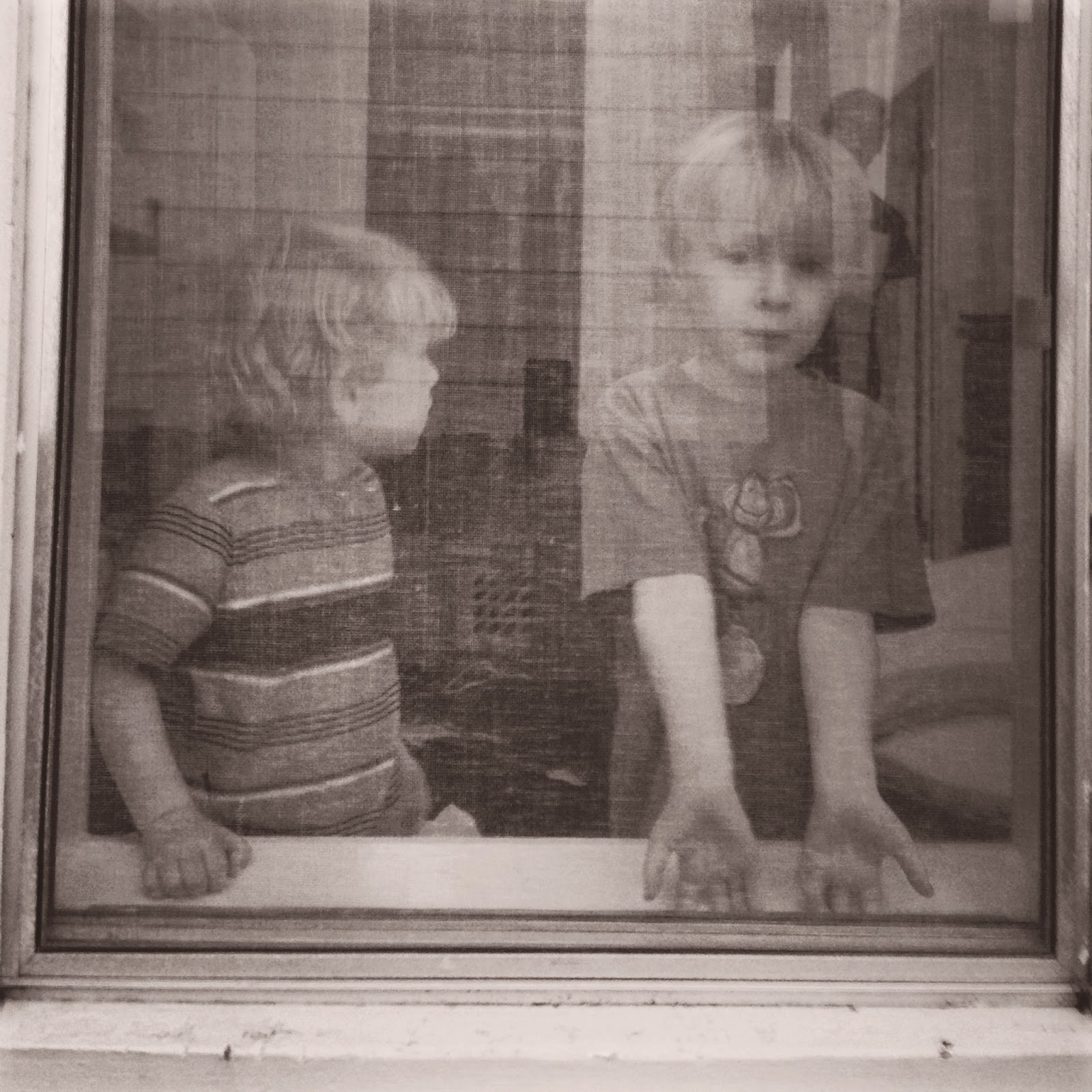 "...BTW, got your emergency call about getting locked out of the house and then the follow up that you got in. Locking yourself out, how that works, is if you can't get us right away, or we're not available, you'll need to call a locksmith."

My god, I think she's onto something!

Hey, all the smoke detectors are broken.

Well, how that works, is if there's a fire, call the fire department

I need to write all this stuff down. It is GOLDEN. What if the roof collapses and crushes the children? What sized dowel will we need for that?!

I'm holding off on the kids' piano lessons.
Posted by Unknown