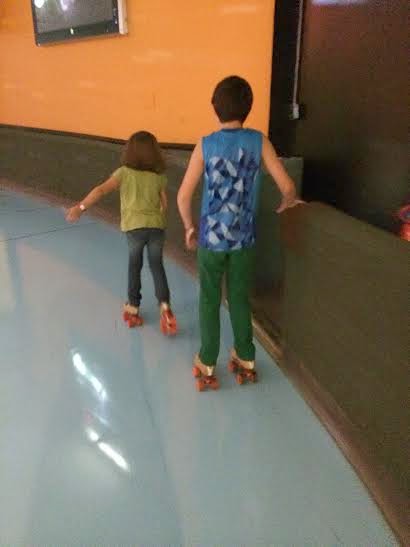 The kids and I found ourselves at Cal Skate yesterday, because what better way is there to spend a freakish 80 degree day in November than indoors, in the dark, risking bodily injury and wondering what is that smell? way too often? We say: None!!

Apparently, dozens of other families had the same idea. Fun times a thousand!

I was actually super excited to hit the rink, because I'm somewhat of a roller skating MASTER, ahem. I even briefly entertained the idea of joining the local Roller Derby team because my favorite thing to do is to skate really really fast! But then I remembered that I don't like to pair skating really really fast with mean, scary ladies and various broken bones, so I let that dream go.

So there we were - skating. The kids wanted me to stay with them but once I saw the pace they were keeping I was like "pshhhh I'm outta here, suckers! vroooooom!"

Evie quickly made some real progress and let go of the wall (but she still couldn't keep up with ol' JanikAttack [my derby name, of course], heh). I was super impressed with her ability to stay upright. Equally impressive were her falling capabilities - she's always been great at falling and getting right back up, because she is a badass.


Roller skating on family day is kind of a challenge when you aren't keeping to the perimeter the whole time as my very intelligent son chose to do. Especially when you like to, um, go fast (did I mention I like to go fast?). There are quite a few obstacles to deal with. Sometimes people decide to skate in the wrong direction without any notice, sometimes (read: often) kids fall in front of you as you're barreling toward them, but worst of all is the slow weave: I'm going to meander to the right...now to the left...now to the ri-- I mean left more....

Basically what I'm saying is you have to keep your mind sharp and pretend you're Jason Bourne in order to get around the rink more than twice without dying or killing a small child. There are so many last-second situation changes to watch out for: 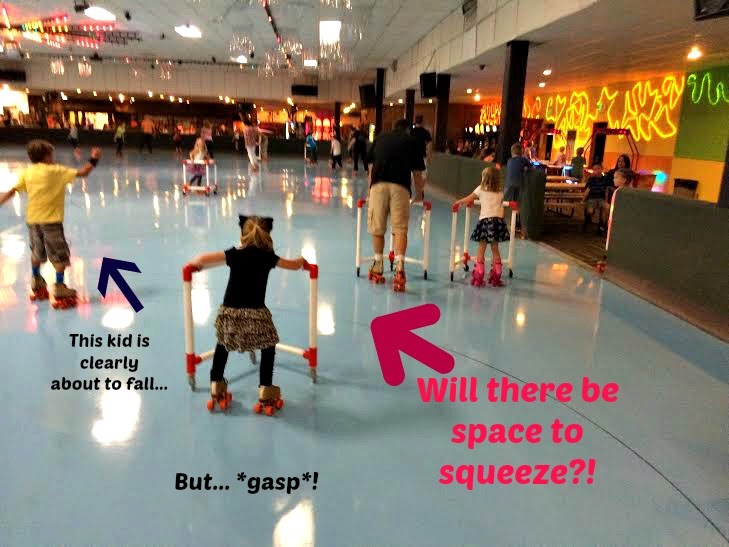 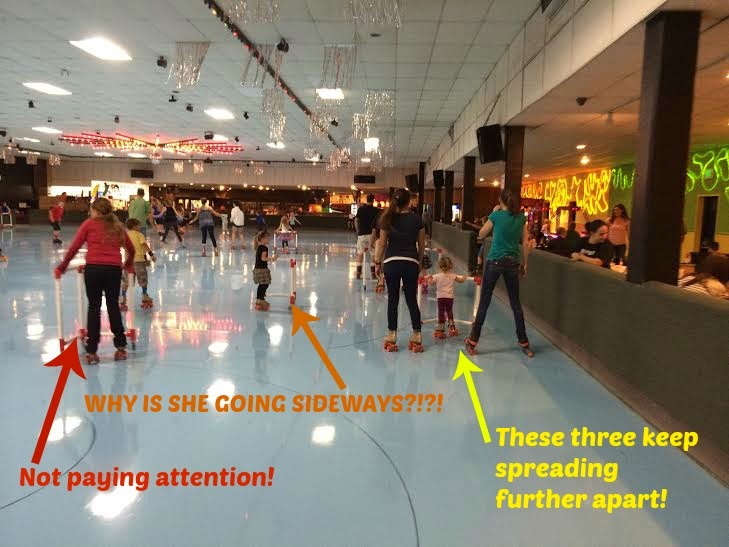 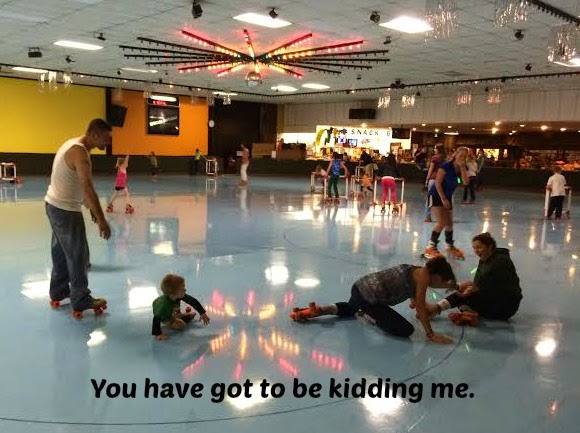 Luckily we all got blisters after about an hour so we decided to just share a crappy soft pretzel and call it a day.

Can't wait till next time!!!