My Last Weekend as a Thirtysomething Dad

I left my twenties as clueless as when I entered them. I went into my thirties with the vague notion that kids would be happening at some point during the decade. I figured I'd probably be pretty into them, but I had no idea to what degree. I don't know that anyone can know what it will really be like until it happens. It's a fantastic surprise.

Since it was my last weekend as a thirtysomething dad, and my thirties will forever be defined as "the decade my sons were born", I figured I should pull it together for one last hurrah. One of the many things I've learned in my struggles is that showing these boys a good time is not hard to do. You put their needs before your own and, at some point, include pizza.

On Friday I did my weekend grocery shopping trip on my lunch break for two reasons: 1) So they wouldn't have to endure the market and 2) so I could "forget" my groceries at the winery, forcing me to go back and retrieve them with the boys in tow. A winery, to a little kid, is basically an enormous play structure with candy that grows on little trees.


After that it was just your average night at home for dinner, movies, and a thousand piece puzzle.


Saturday started in the usual way. My 8am wake up call came rumbling down the hall and dove under my covers, demanding French Toast. 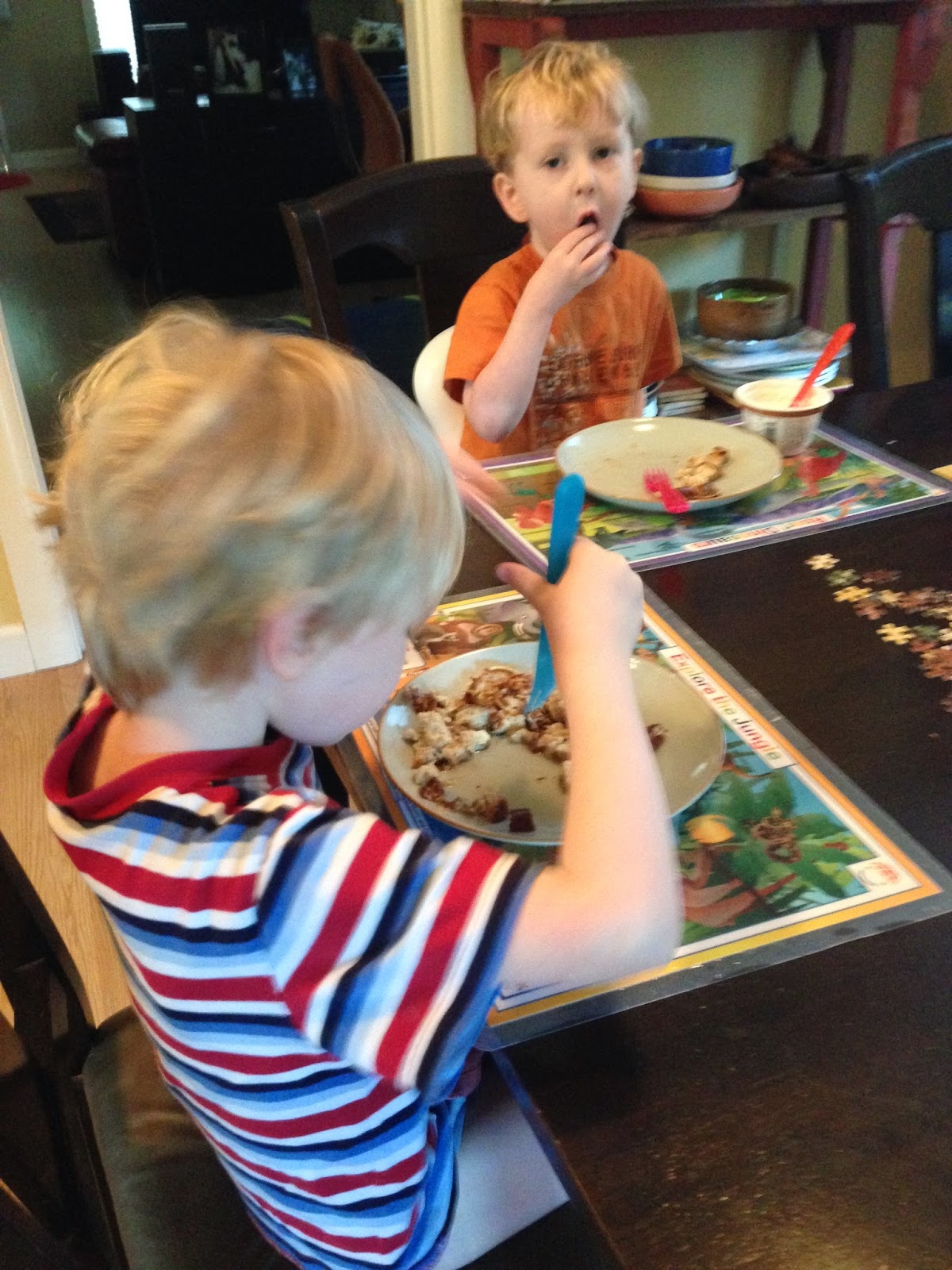 Now, it's pretty arrogant of me to assume that spending the entire weekend with just dad is every boy's dream, so I got them a girl. Coincidentally I had to host a tour at work for a few hours that afternoon so I had an excuse to invite the cute 15-year-old neighbor over to watch the boys....or more accurately, for them to watch her.


[ Not pictured, because that's creepy ]

That evening I took a big chance and took the boys out to dinner, in public, by myself. They sat, finished their cheeseburgers, fries, and lemonade, and were sweet and happy. Mind blown.


Sunday morning began in the same vein as Saturday, but a little earlier and a little rougher. I'd gotten the boys down early Saturday night and celebrated my window of freedom in my usual fashion. A rookie move.


I needed reinforcements, so it was off to Nana and Papa's house for brunch, followed by feeding farm animals and riding a carousel. We ended the night with pizza.