In a continued attempt to redeem myself after a long, long absence from writing about the things going on in my life, which I know you've been sorely missing, I'm continuing my re-cap for you. You are SO WELCOME!

Here's some more things which have kept me busy and therefore away from the blog: 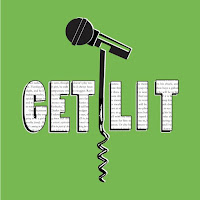 A few months ago I started guest co-hosting Get Lit! at Corkscrew Wine Bar in Petaluma. This is a really fun literary night featuring authors from all over (I've been honored to be one of these featured readers twice!), and there's an always-great Open Mic afterward. It's the fourth Wednesday of every month; you should come check it out! There's almost always something funny, something sad, something sexy, and something unexpected to hear.

More time-consuming than that, however, has been finally getting started on curating pieces for the next Mortified Sonoma County show! (Yes, it used to be called Mortified North Bay, but people in San Francisco and Oakland thought that meant Marin, so we changed it because, you know, we're not Marin. But I digress....)


Paulie and I have begun meeting with incredibly brave local people willing to share the embarassing artifacts from their angst-ridden youth. We've heard woe-is-me diary entries, super angry song lyrics, sexually-exaggerated notes to friends, and so much more. In short, it has been ah-maaaaa-zing.

And we're looking for more! If you happened to keep a diary, old letters, archaic video footage of your jazzy Star Search audition tapes...basically anything that seems too humiliatingly awkward to share in front of hundreds of strangers, you might want to hook up with us.


You can do this a couple of ways - go to our Facebook page and 'like' it, then find a call for submissions and click whatever link you find there...or (and I say this hoping you'll still go like us on Facebook), go to the Mortified website, find Sonoma County in the drop-down menu and fill out the info requested of you there. Soon we'll be knocking on your door and digging through your Shoebox of Shame!!

Okay it doesn't work like that exactly. We're not going to come to your house, man. But the rest is all pretty spot-on. This process has been soooooo much fun and taken soooooo much more time than we thought it would, but we're getting a lot closer to having our next show ready, and we're super excited!

Okay, that's the end of this latest re-cap. Hopefully I'm one step closer to being forgiven for my six-week hiatus. I haven't even told you about the fair or the winemaking or the...other...stuff......but I will.