This year's Halloween started like every other...with a fantasy.

I've always had elaborate fantasies. As a little boy they usually involved me being insanely good at playground activities, like being able to do a forward flip and catch a kickball in midair, or skipping three monkey bars. As I got older the fantasies were about girls, but not in the way you'd think. I'd fantasize about finding a cute girl in the woods who had twisted her ankle while camping. I'd help her find her parents and maybe score a hug. After that came puberty and from then until Liam was born the fantasies were insanely disgusting of course, but since I became a dad my fantasies have reverted back to their old Judy Blume level.

The problem is lately I try to make my dreams a reality and this inevitably leads to disappointment, especially since the boys are now old enough to have opinions. In my mind this year we would do a group Halloween costume and the only thing overshadowing how adorably clever we were would be the radiant joy emanating from my two sons skipping merrily alongside their beloved father, basking in the admiration from strangers, and porking out on Snickers. I'd planned to pull out my old-timey sailor costume from last year, dress Liam as a dog, and dress Finn in red pajamas with white stripes and two blue circles sewn into the back. 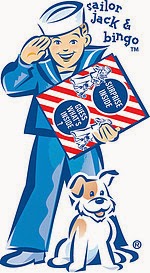 The "GUESS WHAT'S INSIDE?" was going to be on his diapered butt. I'd even bought the felt. But like any dream involving the boys agreeing to my amazing ideas, it was not to be. Last Tuesday Liam endured yet another speech evaluation (this time for his ongoing medical diagnosis for ASD) and I rewarded him afterward with a trip to our local costume haberdasher Disguise the Limit. While browsing the aisles for the very best "Bingo the Dog" costume, Liam spotted an official Woody© costume and that was the end of it.

So with my dreams dashed there was no reason for Jodee to craft Finn's brilliant toy surprise outfit that I'd envisioned. He'd probably have torn it off in tears anyway, so I asked Erin if we had any old costumes we could reuse for him.

me: He could be an uncooperative turd for Halloween?

Erin: The hamburger may be too small but we could try it. What about Luke Skywalker?

How did I forget about Luke Skywalker? Don't I read the blog?!!

So Luke Skywalker and Woody it was. I went as a dejected father who should have known better (not pictured).