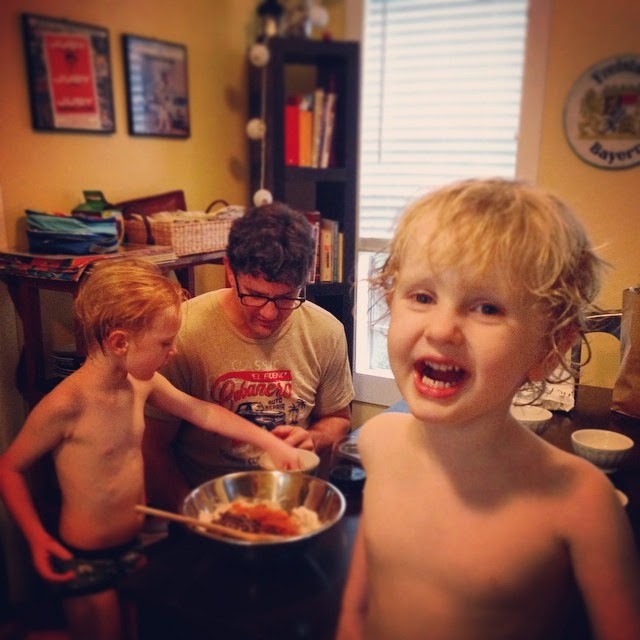 Yes, it's been three whole years since the little nugget first ruined my CARFAX report. That means the "terrible twos" are over!

For you newer parents (like Scott and Amber Keneally, congrats you guys!) the "terrible twos" is a scam perpetuated by cruel prankster parents who want you to think that somehow turning three means the days of grand mal seizure tantrums and mass destruction are over, but they're really just getting started. You have one more year to go.

I asked myself, "what would Finn want to do for his birthday?"  Throw rocks at cars? Run naked in traffic? Get us on the personae non gratae list at every coffee shop in town? Fortunately my parents asked to visit which is a better gift than anything I could offer the boys.

They came at lunchtime and walked us down to the Healdsburg Bar & Grill, a local eatery that has been cursed with the epithet "kid friendly", the worst designation a restaurant can receive. It's a really great place, I feel bad for them. To my amazement the boys sat in their chairs, colored on their menus, ate their lunches, and were sweet, happy and adorable. It's like I don't know them anymore.

Afterward they were rewarded with ice cream for the journey home. Finn got his in a cup and froze his brain permanently from shoveling it into his face. Liam got a cone which naturally hinders rate of consumption, so once Finn was done, he was pissed. His brother had ice cream whilst he did not. He didn't scream or hit though, he just whined a bit and reached. Liam took it in stride and held his ground while I (pointlessly) explained the ice cream judicial system to Finn. Then this happened: 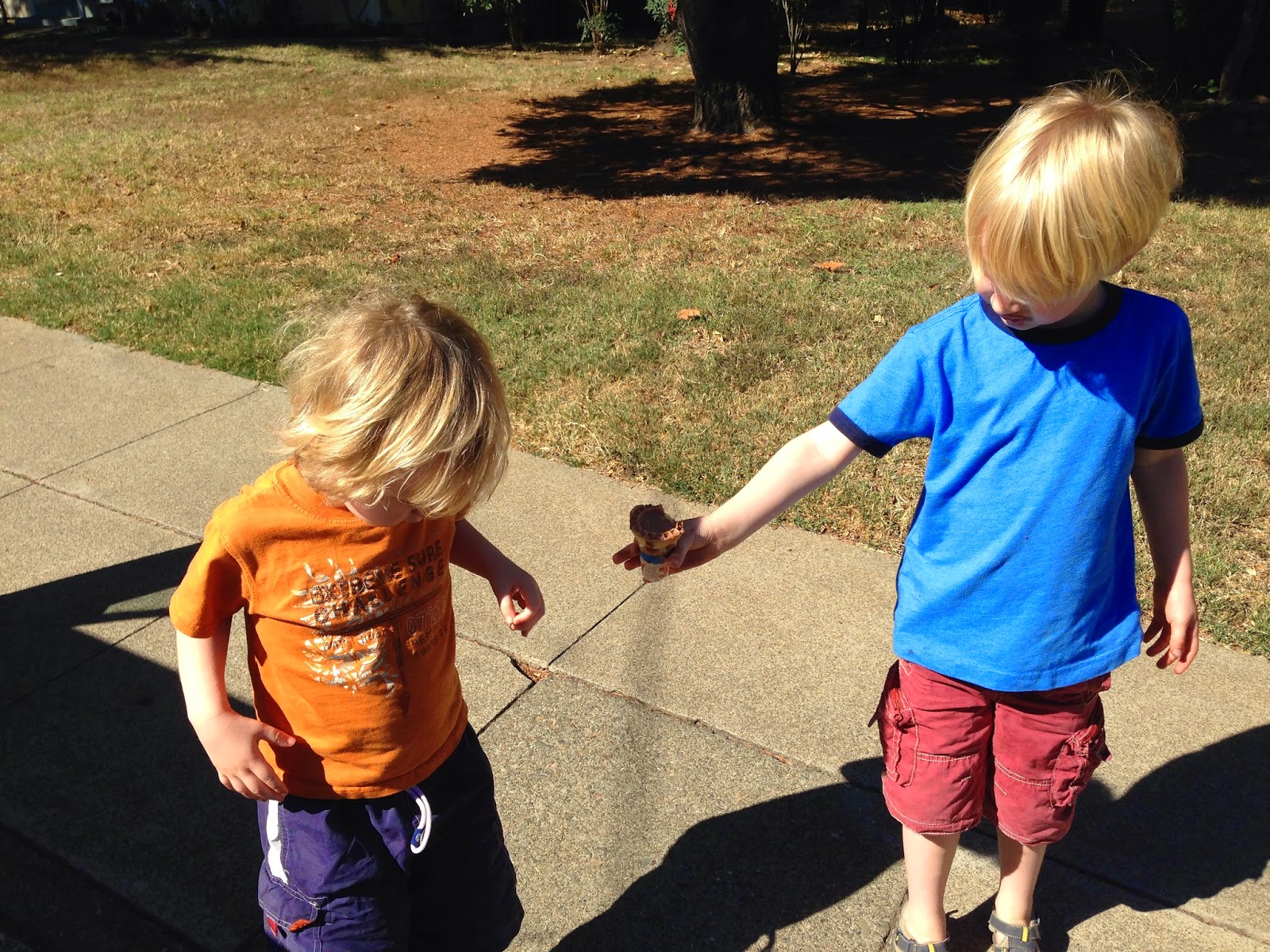 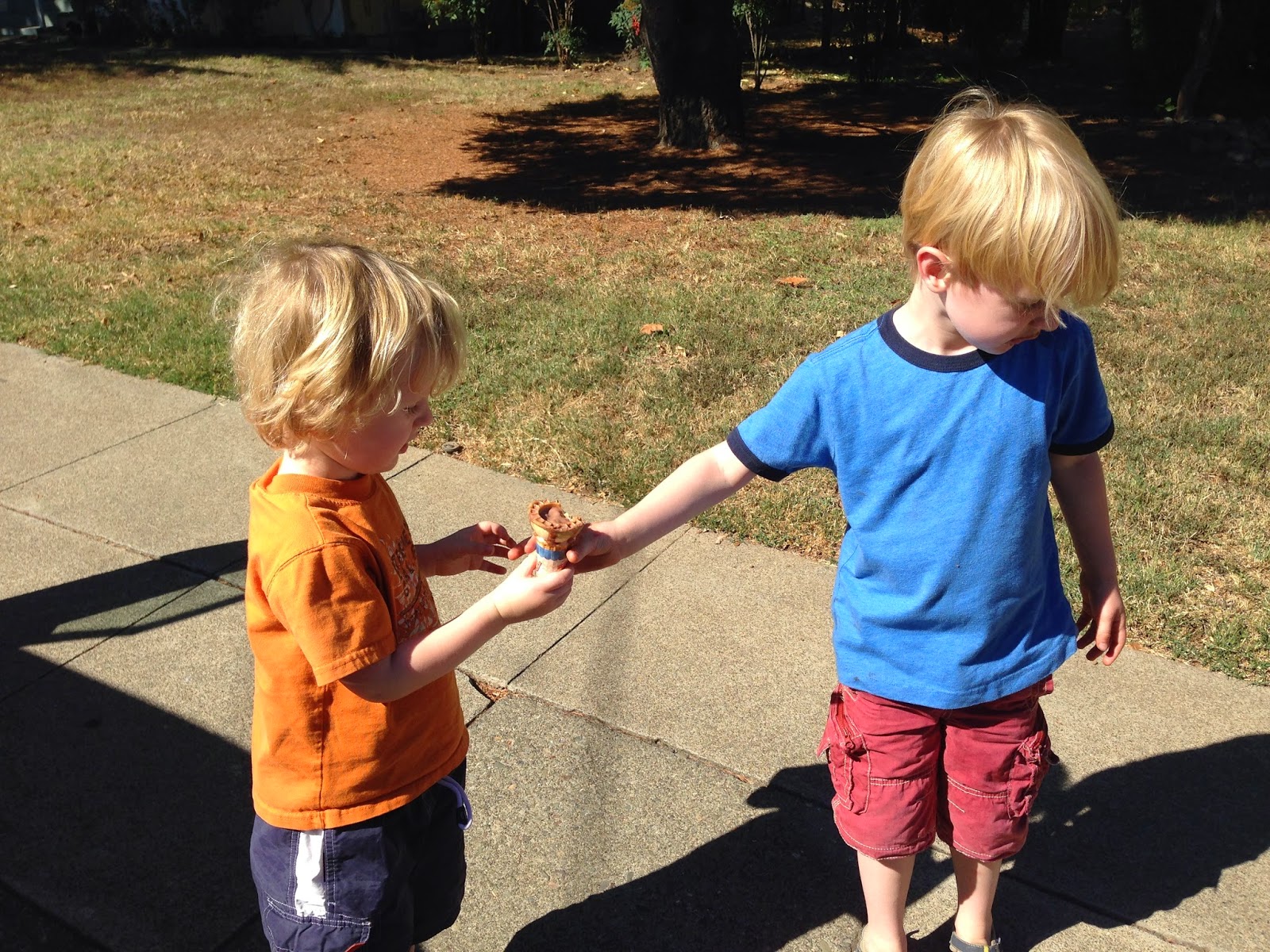 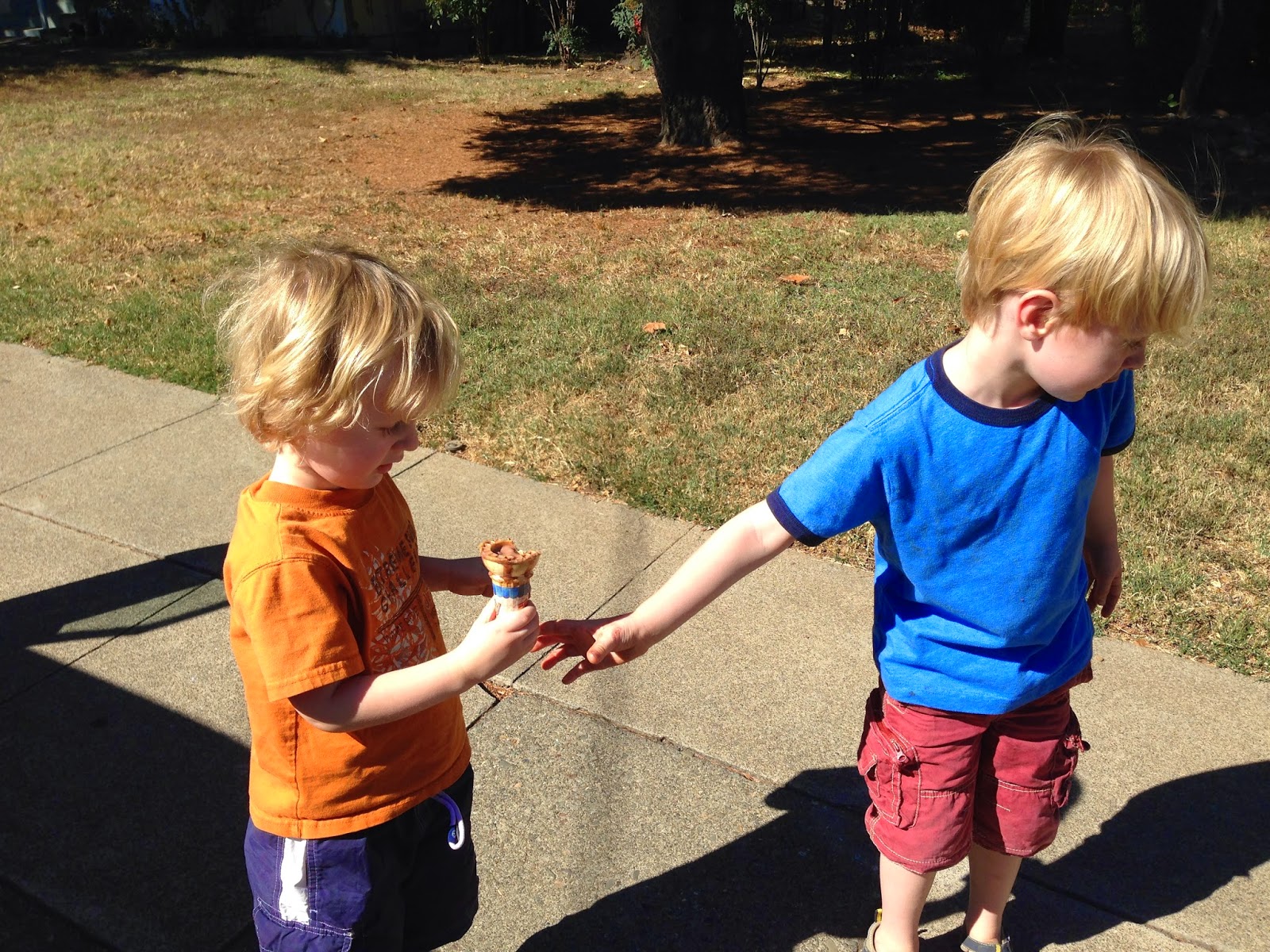 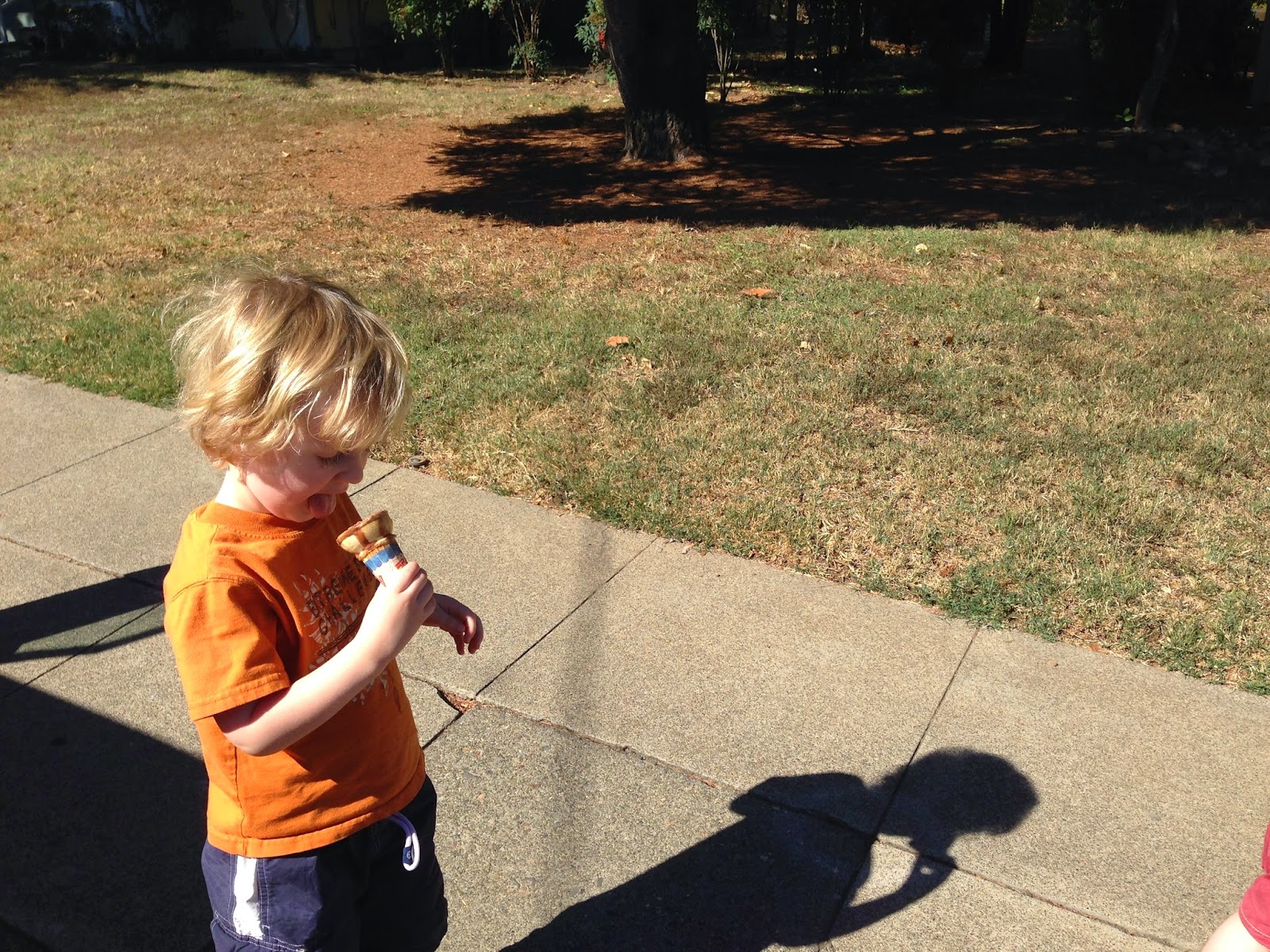 I love how Liam couldn't bear to watch. I couldn't look away.
Posted by Unknown