I haven't written anything on this blog for a while.  Not because life hasn't been interesting lately.  Au contraire.  It's just been really gross.

There's a stomach bug going around Healdsburg.  It hit Liam and Finn on Thursday.  Liam started things off by painting the walls a nice shade of 'Oatmeal' and Finn filled 8 diapers with an impossible volume of grey diarrhea (I told you not to read this post) 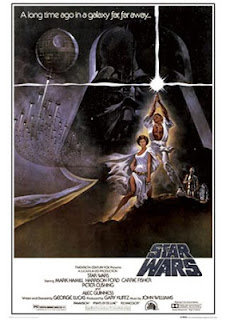 The bug blew through here like a hurricane.  Quick and disastrous, or so I thought.

Last night, Saturday night, it hit Erin.  We went to the annual Healdsburg Community Nursery School "Wild Things" Halloween Fundraiser.  I know what you're thinking.  I was thinking it too never having been to such an event, but you'd be wrong.  We were both wrong.  It was FUCKING AWESOME!  Easily the best party I've been to this year.

Erin and I won the couples costume contest.  I assumed it was because the audience had never seen the original Star Wars poster performed live and with a gender reversal (Erin was Leia I was Han Solo sprawled, grasping her leg submissively while she held the power stance).  But, as I learned over coffee this morning from fellow attendees, it was Erin's splits that pushed the needle on the applause-o-meter.  I skinned my knees for nothing.

We got home that night before midnight and crashed, but around 4am I woke to the sound of Erin heaving up some very decent pre-school fundraiser appetizers.  It could have been the vodka tonics, or the jell-o shots, or the roach coach tacos at 11pm, but most likely it was the bug.  Poor Erin had a rough night and I was zero comfort.  The noise that she was making, while alternating bent over heaving with sitting and erupting (I told you not to read this) wasn't loud enough to wake me up but was loud enough to put me into that lucid level of sleep where you incorporate the sounds you hear into your dreams.  I can't remember exactly what I dreamt but I woke up sweating and certain I was going to be sick too.

But I wasn't sick.  In fact as of writing this I feel perfectly fine.  If it turns out that I dodged this thing it'll be the real life equivalent of when, in cartoons, the side of a house falls over and our protagonist is spared because he was standing where the window was.

Most likely karma will win over and I'll be in bad shape in the next couple of days.  I'm half assuming this is what will happen so I've been restricting myself to a liquid diet.  I figure if I'm gonna puke, I might as well be drunk, right?

Fortunately Erin has come around already.  You know you're feeling better when you're able to tolerate things that are disgusting.  For example Erin is already tolerating my brand of humor.  We just had this exchange:

Erin:  It'll be different than usual, but good different

(I told you not to read this) 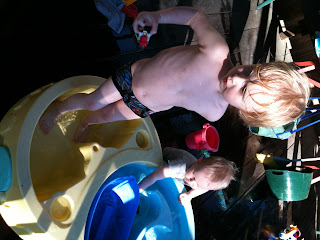 The boys are doing fine too.  In fact, since Erin is couch-bound and I'm terrified to touch anyone or anything in the house, they've spent this unseasonably hot day on the back deck getting soaking wet.  This is a good thing since, as Erin illustrated, our hygiene these past few days has fallen by the wayside.

Erin:  I just found a little...something.  You don't want to know.

Erin:  A little dried vomit on my chest.

Me:  That's going in the blog.