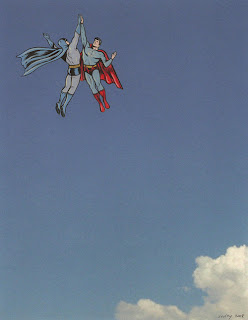 Yesterday morning the kids and I were walking to school -- well, most of the way to school. We parked about half way between my apartment and school and walked the rest of the way. Wednesdays are Walk & Roll to school days - we live too far to walk, Evie refuses to ride her bike, so this is what we can manage.

As we were walking, Jonah asked me what three superhero powers I'd have, if I were a superhero. He'd been following me around all morning, telling me intricate details of the clothes, personality and weaponry of each Teenage Mutant Ninja Turtle. Lots of swords and nun-chucks and throwing stars and gloves with sharp blades protruding from the sides.

Then he moved on to robots with human characteristics.

Then he moved on to superheroes. I enjoy watching and listening to Jonah make up superhero qualities on the spot. He's pretty into it. He's been honing his skills for quite a while now and it's impressive to see them in action. The only skill that has taken some time away from superhero invention is his new found love for the arts of sarcasm and clever wit.

Anyway, after listening to his never-ending monologue on weapons and violent ways to kill your enemies, I chose my superhero powers carefully.

Mom: I'd like to fly. So, flying.
Jonah: Okay, flying is good...flying is good...what about your second?
Mom: Umm...World Peace Power
Jonah: Huh. Okaaaay.... and your third?
Mom: Laughter Bombs
Jonah: What?! What is a laughter bomb, anyway?
Mom: I drop one on my enemies, and it makes them stop what they're doing and just laugh for a while. Then they don't feel like being jerks any more
Jonah: (shaking head) Okay mom. (sigh) And what would your name be?
Mom: Hm...I don't know. Um, I guess...Super Panda 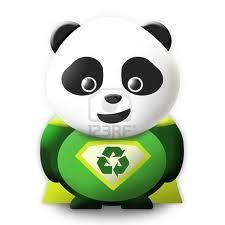 Jonah: (slaps hand on leg in exasperation) What, you're all big and fluffy like a Panda?!
Mom: No, I'd just wear a black and white suit. And cuddle people.

And, without missing a beat -

Jonah: How about if your superhero name is just Super Hippy?

That kid kills me! Not in a superhero way - in a hilarious way. His ninja-like sneak-attack jokes and ninja-speed with comebacks will one day make him a force to be reckoned with. I can't wait.