My boys are great eaters. They will devour anything I put in front of them, as long as it's bread or cookies.

I'm not supposed to freak out about this, but I can't help it. I've been dismissed by seasoned parents with "they're not going to starve." I know this is true. I didn't eat voluntarily until 1986. I remember spreading mash potatoes around my plate to give the impression that bites were taken, because butter, cream, and starch with gravy were still "vegetables".

At 6'8" 225lbs I apparently haven't starved, but I'm pretty sure my 2000 calorie a year diet during those critical brain development years might have left a few holes. I often lose impossible things like pants, there is at least one full waking hour a day that I can not account for, and for the life of me I will never learn to correctly spell the word "excercise."

I'm picking the boys up tonight after work and I'm already anxious about what I'm going to feed them for dinner. Here's Liam's plate last night after he announced "all done".


He moved a few pieces of hot dog over to the opposite side of the shells and cheese, and wiped his hands on his pants. He didn't even spread it around. Finn isn't quite so bad, but he's catching up. He can already spot the color green through a corn tortilla fifteen feet away. He used to love bananas, and still requests that I peel them for him, he just doesn't eat them anymore. He'll stand there holding it like a prayer candle for a few seconds, then run off to find a good place to hide it. I eat a lot of linty day-old bananas these days.

I had the brilliant idea that a whole bowl of fruit might entice them. Not only was it attractive, but it put the power in their scurvied little hands. 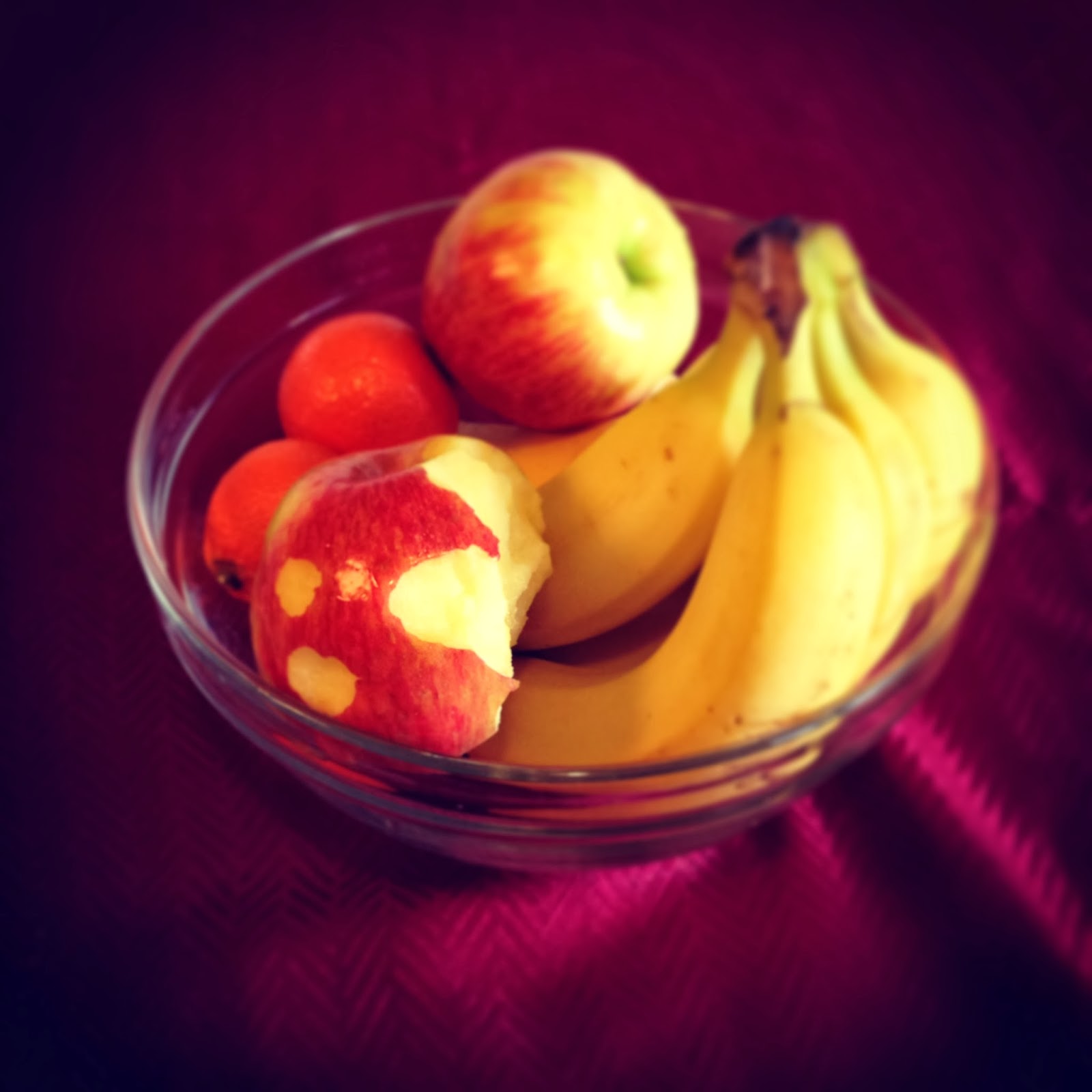 I'm not sure who the culprit was but that's more apple than I ate prior to college, so it was a greater success than I could have dreamed. Plus my portion was much less linty.
Posted by Unknown