Yesterday was St. Paddy's Day and it was the first time the boys were really into the annual early morning Healdsburg St. Paddy's Day Parade. It's probably also the last time we'll go.


Then there was this year. Oh man did they love it. It started out rough as usual.


But once we were up and out the door it was a different story. We got to walk there for the first time since now I live so close to downtown. This meant they could take in the commotion from a distance as we approached so the shock of it was easier to take in. Once acclimated to the scene, they were unstoppable. 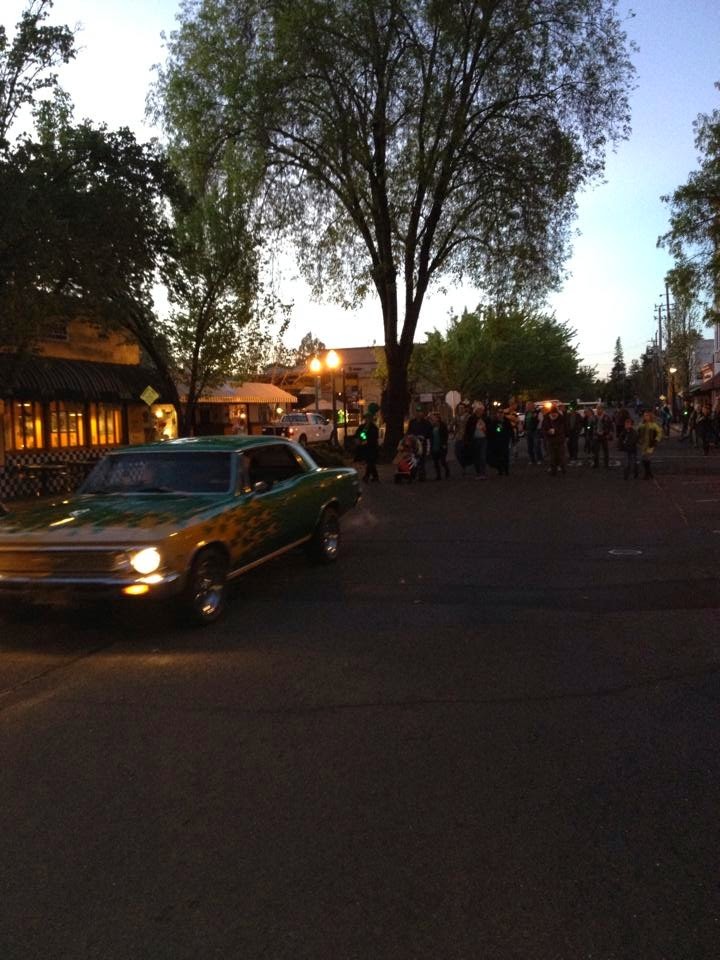 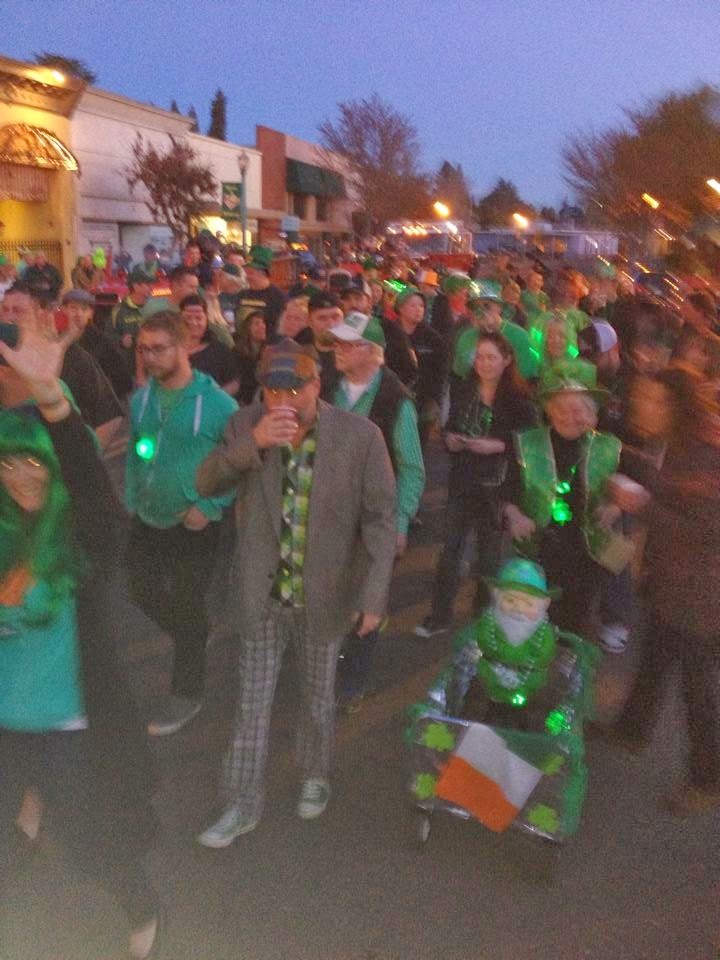 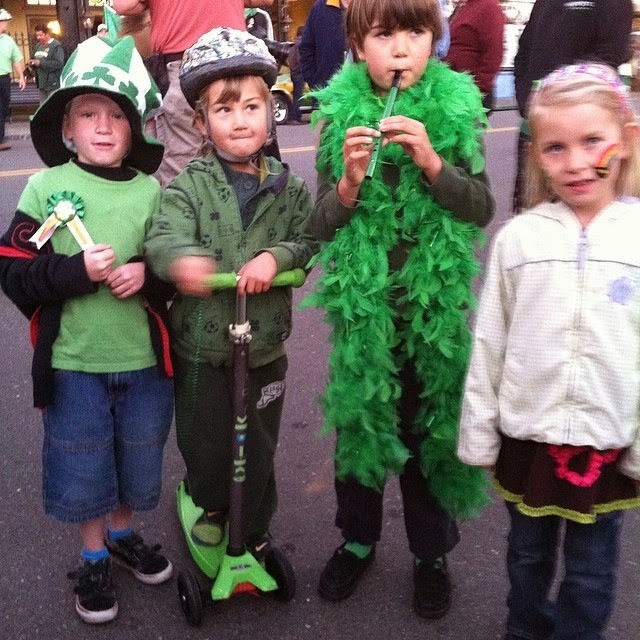 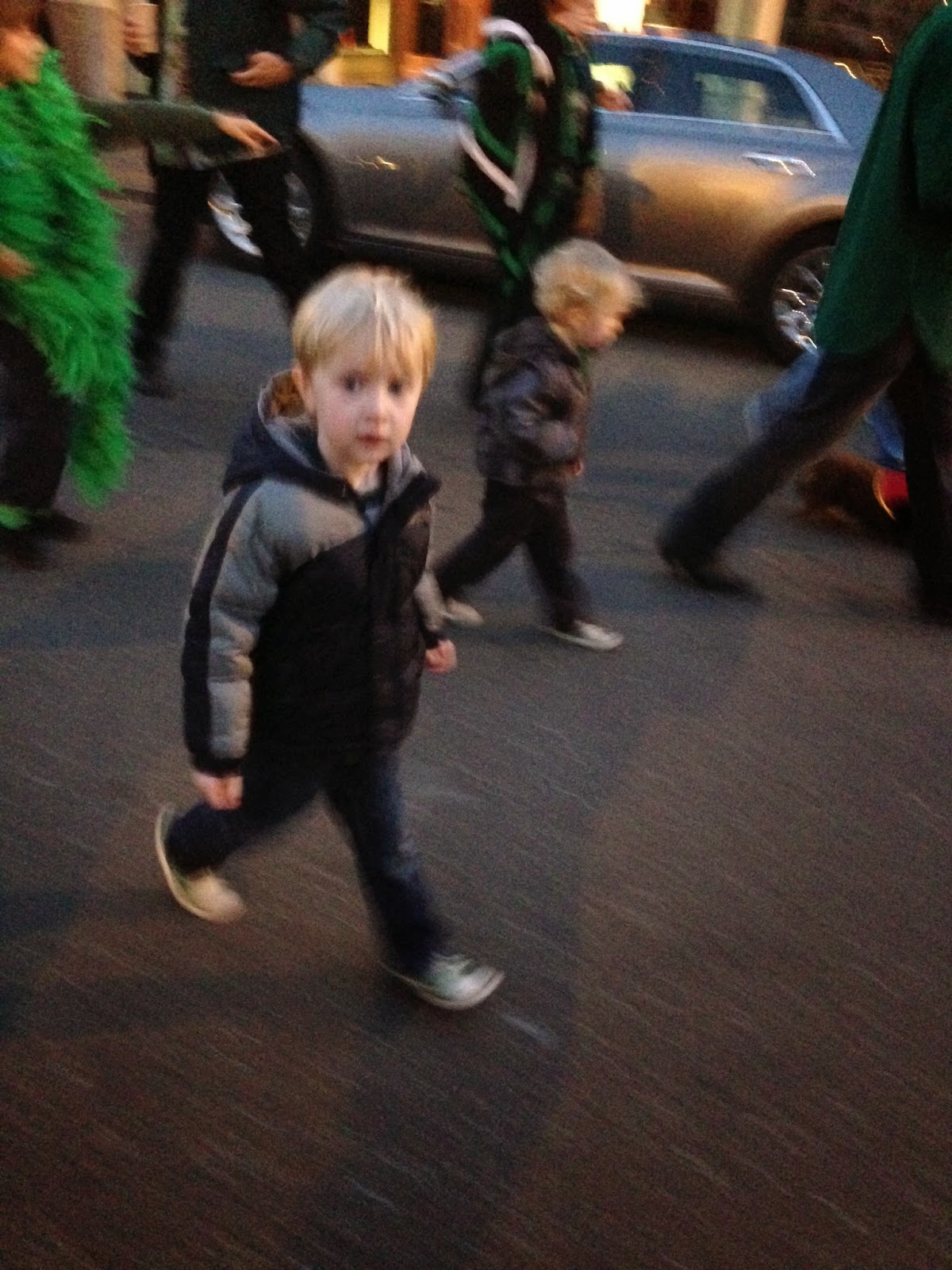 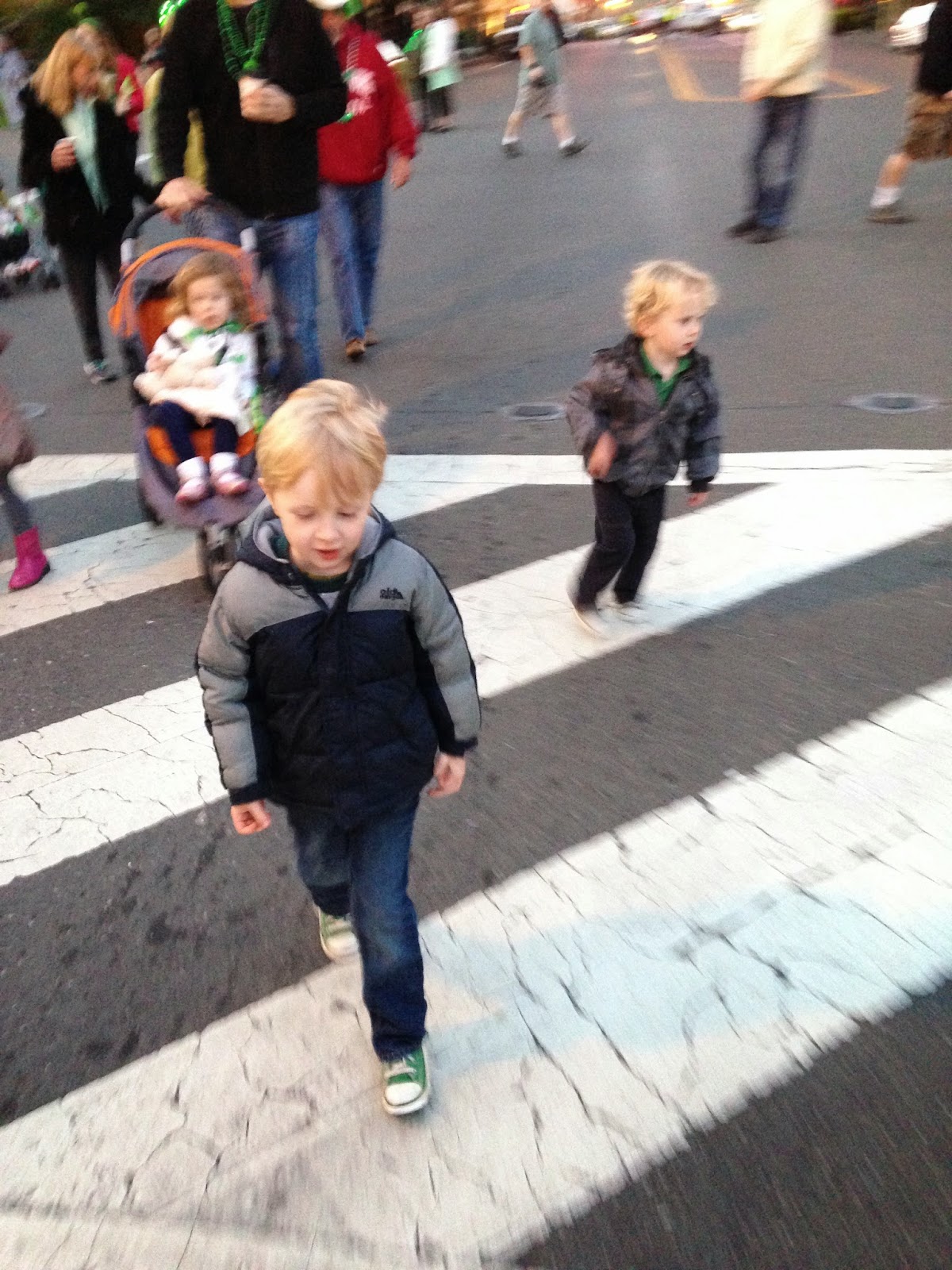 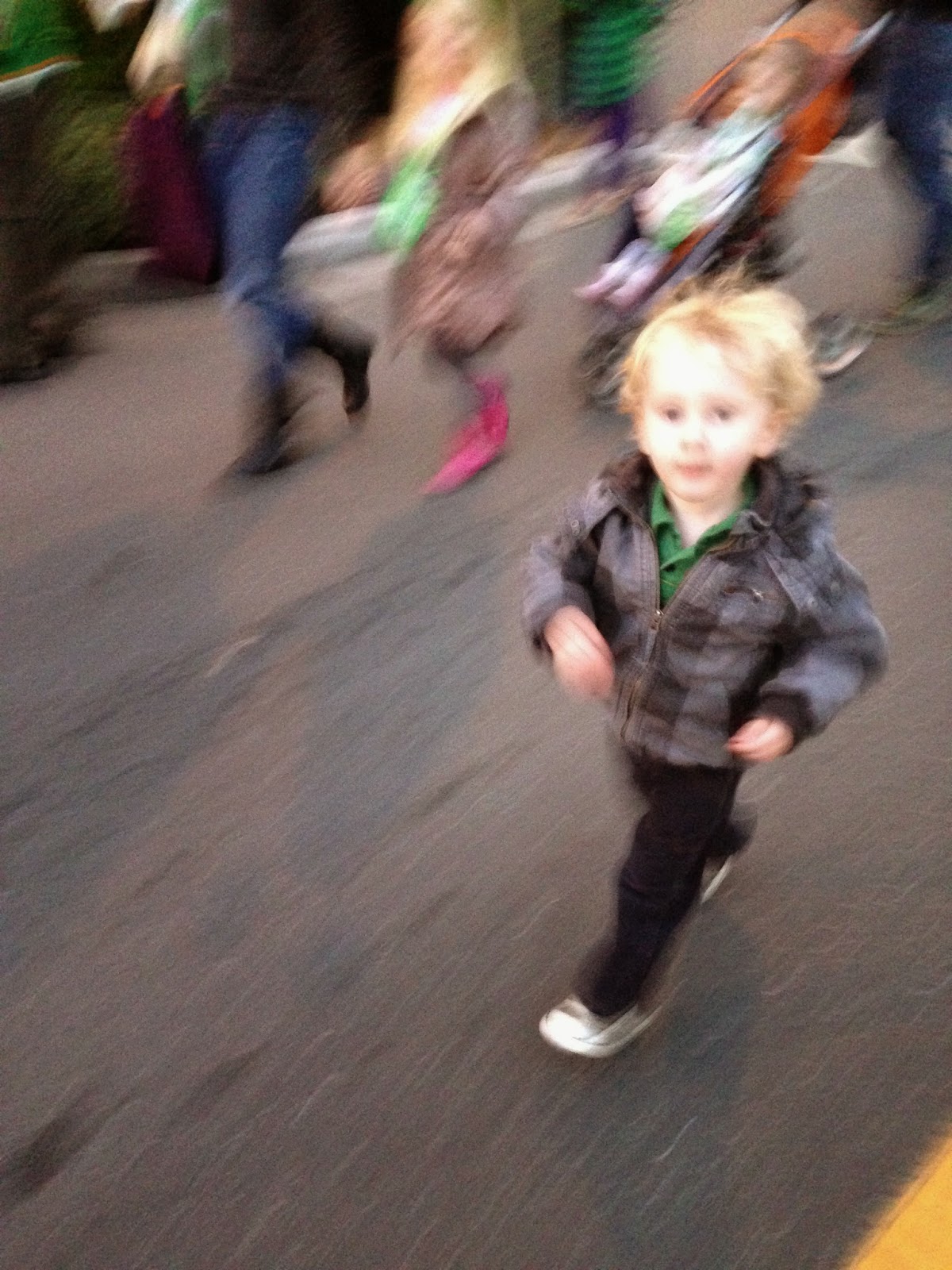 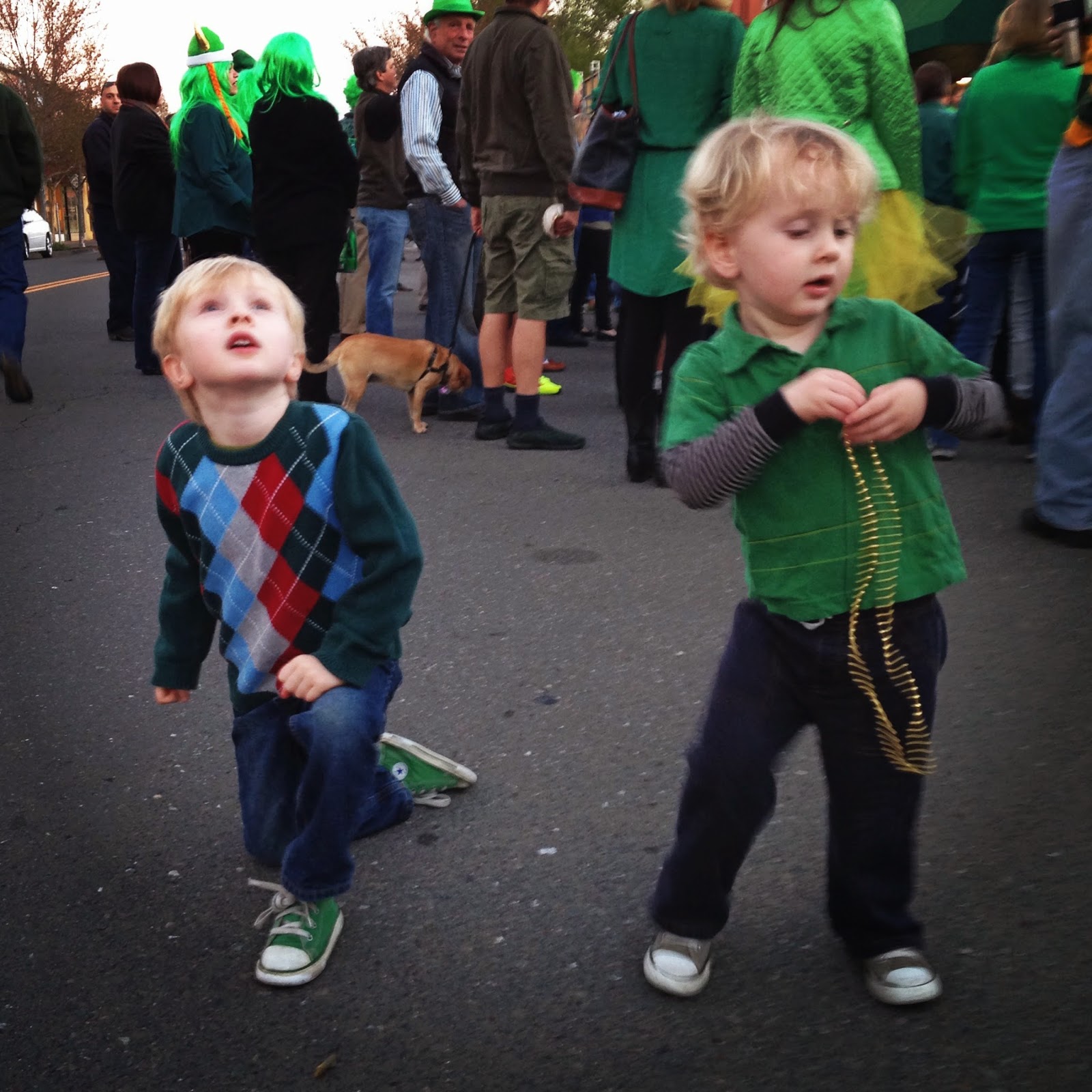 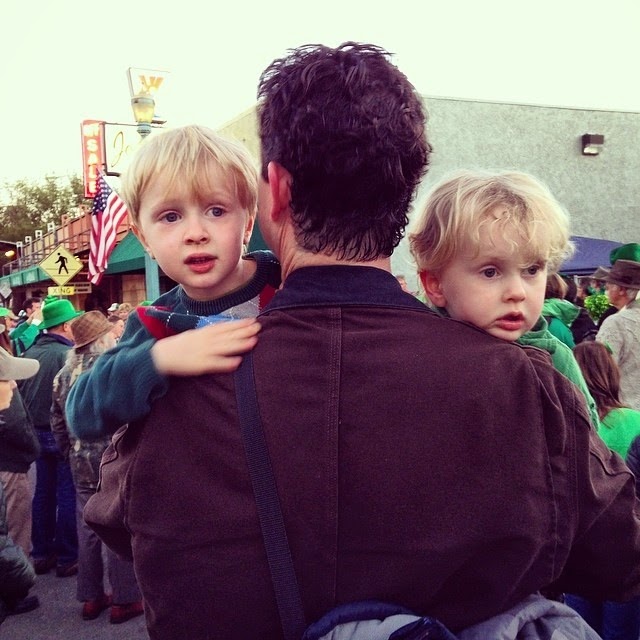 There are two reasons this may have been the last hurrah for us and the early morning Healdsburg St. Paddy's Day Parade. First, the last few seem to have conveniently fallen on my days off and that's probably not happening for a while. Second, the boys were destroyed afterward. They crashed from the excitement high eventually and did manage naps, but they were emotionally and physically wrecked. For the rest of the day they were like two jet-lagged borderline psychotics off their meds. Next year we'll probably sleep in.


Or maybe not...
Posted by Unknown