Life sometimes likes to show off its sense of humor, and so yesterday morning I woke up with the flu. I somehow made a hot breakfast for the kids, then promptly crawled back into bed where I deliriously texted friends and neighbors for help. I found a ride to school for Jonah who, before he left, lectured Evie in a panicked whisper about how it was now her job to take care of mom, to which Evie simply said "no." Jonah then asked, his voice rising, "then who's gonna take care of mom? She's sick, Evie, siiiiiiiick!"

It's good to know that girl's got my back.

I eventually managed to get myself into the shower, and then sleepdrove that kid to school as well. I found myself at work, on time. The only thing that propelled me through the day was knowing that I would be taking the kids to their dad's house that night, after which I could finally collapse into my bed. In this way, being sick and single is a good thing. I actually got to sleep after a day of running kids, checking homework, and putting in a full day at work - all while feeling like hell. Bliss!

I found some other pros and cons, too. 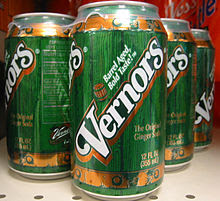 Luckily being sick and single isn't all that much different from my experiences of being sick and married. I still wish that someone would just know to bring me Vernors and Hot & Sour soup. I still lay in bed, slowly blinking at the ceiling as my room gets darker and darker, feeling sorry for myself. I still stare at the laptop over on the desk and wish I had the energy to move it to the bed so I could stream 30 Rock until I pass out. Granted, having internet service would have made this fantasy more realistic - but I was feverish, let me have my crazy cracked-out dreams...dreams in which I can afford internet.

The nice thing about being sick and single is that I don't even have anyone to ask for help, and therefore don't have to see that person dramatically roll their eyes and then heave a huge, inconvenienced sigh before slowly turning and shuffling to get whatever it is I'd summoned up the energy to ask for. I'm from the Midwest, where we don't ask for help unless its a life-or-death situation. We especially don't like to annoy people with our selfish needs, so I can honestly say that I avoid asking for help at almost all costs. Sometimes a girl just needs a barf bucket, though, what can I say?

The bad thing about being sick and single is that there isn't anyone to get that barf bucket, or water, or Vernors. But, see the afore-mentioned paragraph in which I express the fact that I'm used to it, so whatever. Also, sometimes thoughts like the following enter that feverish cracked-out brain: "What if I die in my sleep tonight? How long will it take for people to realize I'm not just ignoring their texts? That'll be a long time! Shit!" Then: "oh my god. No one has even texted me in like 5 hours...no one will ever know I'm dead until my kids show up in a few days. They'll be banging on the door! They'll be scared and crying. They'll have to ask a neighbor to break down the door! Then they'll find me here, dead! Oh jesus...I'm so tired."

So, being single and sick - pros and cons, I guess. Pros and cons. Either way, I'm rockin' it.
Posted by Amanda Janik