Everybody Poops - Except Me

"Love is hiding who you really are at all times, even when you’re sleeping. Love is wearing make up to bed, and going downstairs to the Burger King to poop, and hiding alcohol in perfume bottles. That’s love." - Jenna Maroney, 30 Rock


If there's one thing I miss about my ex, its talking about poop. This was in no way a taboo subject for us, and in fact friends and family would often ask us to please, please stop describing our poops to each other when they were around.

Having now ventured into the real world, I've been surprised to find that this is not, in fact, a completely open topic. Some people don't want to hear about poop, pooping, and all of the variations on that topic that are hilarious to discuss at great length (no pun intended). (Okay, the pun was intended, who am I kidding?)

So you can imagine my distress when I started dating someone and went for a weekend at his place for the first time, only to find when I got there that he had no bathroom. Oh yes, you read that right: No Bathroom. Allow me to revisit that conversation:

At this point I would like to say that he was completely serious, straight-faced, and seemed very casual about the fact that he'd just told me that I had to plan my poops. I'm kind of a 'wake up, make some tea (which I couldn't do anyway, since he also had no kitchen), futz around until I feel that feeling, then go poop' kind of a girl. It has its own time frame, but usually when I'm ready, I'm ready.

I did go to the gas station, twice. The first time there was a barely-legible, water-splattered sign on the door that said "Lock Broke - plz knok first." Fuck if I was going to take a crap in there! Someone might walk in on me? No thank you. The second time I went, on a different weekend, the bathroom was out of order. 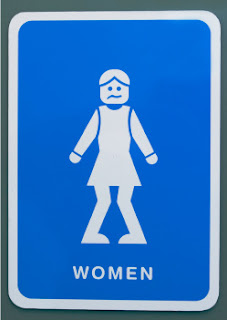 I don't know about you, but when I have to go poop, a nice stroll to Safeway or any other public restroom is not really an option for me. So, I had no choice but to just not poop. I tried to eat binding foods and move as little as possible. After a few visits my sense of humor started to wane, and I suggested that maybe he start visiting me, at my home, where I have a refrigerator and a functioning toilet and all kinds of fancy amenities!

Unfortunately, that hasn't been my only Dating Kills Pooping experience. My poop schedule is all out of whack.


If you ever get the chance to go to Orr Hot Springs, I highly recommend it. Its very lovely and relaxing, and a great getaway for new lovers. Just don't go with a vegan. Because you'll be eating a lot of salad, stir-fried vegetables, raw vegetables, kale, hummus, spinach....I mean, you get the idea. Really healthy stuff. Good for digestion stuff. And its not as big of a deal as no bathroom at all, I'll give you that. But if you're staying in a yurt with no bathroom, you will still have to come up with some excuse to leave the yurt. And if you're not leaving with the person you're there with to go sit naked in a hot spring or cook a vegan feast together, then guess what other reason you have to be leaving?

And you know you're going to be aware of how long you've been gone, and will be assuming that the other person is starting to wonder. Then when you get back you'll both try to act so normal about the fact that you were just gone for a while, which means you were pooping, that it'll be awkward. Again, easier to just not poop.

I've had so many dating-related poop-free weekends now that by the time Friday rolls around, my colon automatically starts to shut itself down, just in case.

So yes, if there's one thing I miss about the relationship I spent the last 12 years in, it was being able to comfortably use those magic words while nonchalantly heading to the bathroom, book tucked under my arm: "honey, I'll be in my office. For a while."
Posted by Amanda Janik