I'm leaving work right now to pick Liam up from daycare and take him to his first day of soccer practice. I'm worried sick. I think I'm just setting him up for failure and heartbreak. In fact, I'm pretty sure now after stewing on the idea all day that that's exactly what I'm about to do. I am the worst dad ever.

I'll be sure to take pictures of him in his uniform before we go, if he'll let me. Who knows how he'll react to shin guards. I'm not taking pictures so I might one day reflect back with a "who knew?" ironic smile after he becomes the next David Beckham. I'm taking them because it will probably be the only time he dons the outfit and it's just so darn cute. God, I'm the worst. 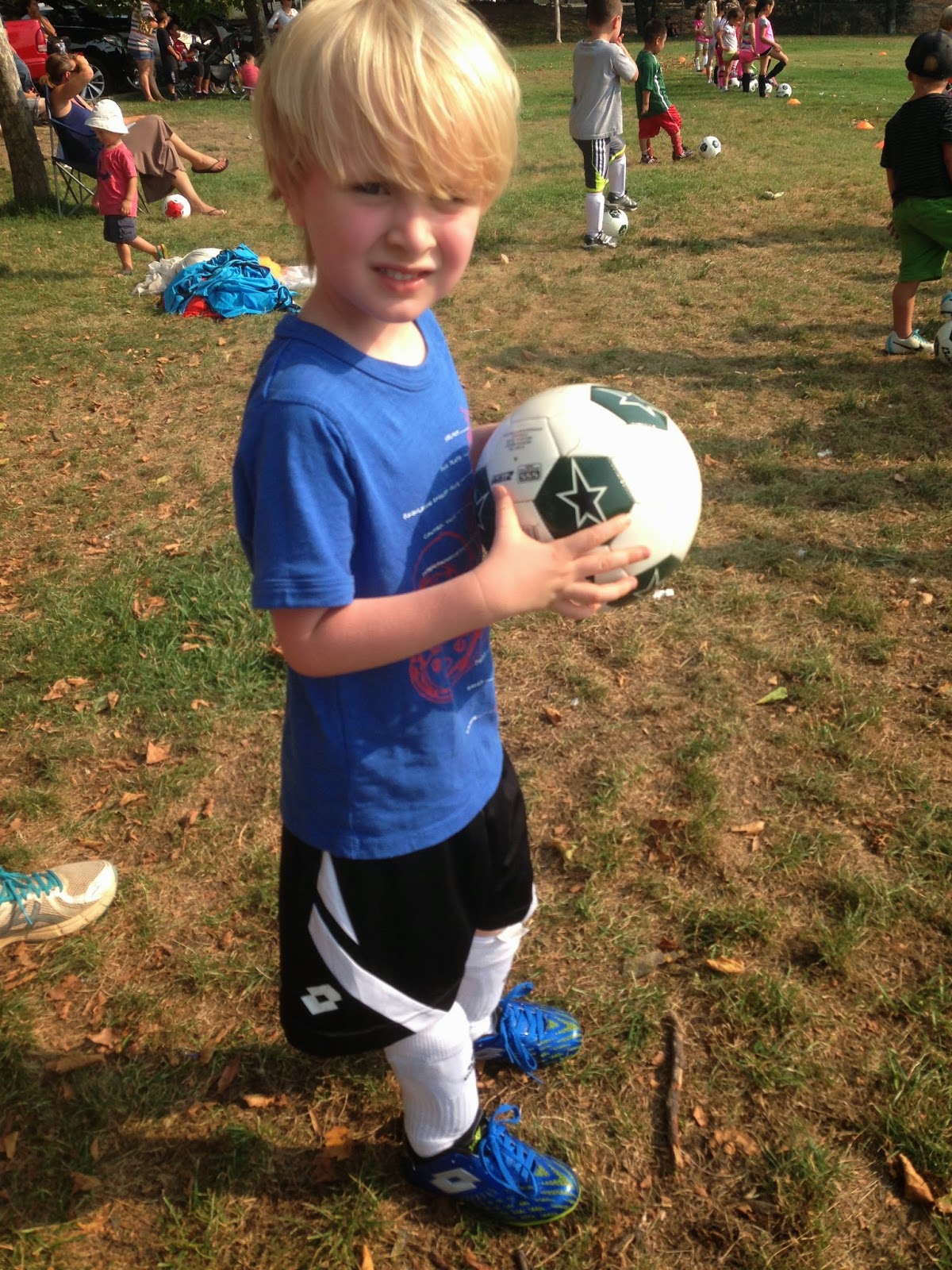 Well what do you know?! It wasn't all that bad! Sure we left halfway through, but I thought it would be because of the tears, tantrums, and biting of other kids, not because of a sudden need to poop (exercise does that, I'm not blaming).

The coach is an adorable Scotsman who gets the kids' attention by singing the first part of the Spongebob Squarepants theme and then they have to answer. It sounds like this:

It's feckin' brilliant. Then he gives them instructions and that's where things fall apart a bit.

He wisely separated the girls from the boys and each of the girls on the left will be in their row, listening quietly, with their foot on top of their ball and hands on their hips, while the mess of boys on the right are either sitting, standing, or laying down in the grass with their fingers up their noses and their hands down their pants. The general chaos among the boys made it so Liam's short-comings as a soccer super-star are less evident.

He had trouble with some basic concepts like the whole feet only rule.


He ran wherever the swarm of boys ran and he did it with the biggest smile on his face, so we were both happy. That's about all I could hope for, at least for now anyway. We'll iron out the wrinkles over time, or just quit the second he hates it.
Posted by Unknown