Ae Fond Kiss, And Then We Sever

I had my first visit with the doctor on Monday.  When I called him up and announced "I want a vasectomy" he scheduled an appointment.  I had no idea what this appointment would entail.  Certainly not the severing of my vas deferens so what was the point?  I showed up anyway because I was beginning a relationship that would end in with a knife in my balls so it was best to start out on the right foot. 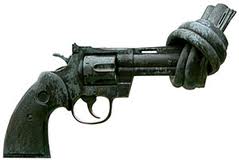 He sat me down in a chair opposite him and looked at me with a very serious expression.  Then he asked me, "So.....are two kids enough?"  God, I hadn't thought about that.  In the face of surgical sterilization it had never occurred to me to consider whether or not I wanted more children.  "Yes" I answered.  He then went on to describe a few of the more colorful details regarding the procedure which I've blocked out.  Then he mentioned that "with the severing of the duct your semen volume will be reduced by about 10%."  Oddly over the course of my 14 year relationship with my wife the volume of semen I let loose in one go had never been much discussed.  I'm not one to rock the boat so I mentally checked this off as "not a deal-breaker".  He then mentioned I should wear "tight shorts" to the appointment.  I was immediately flattered, particularly since he'd just seen my dick.  "It will help hold in the ice packs we'll be packing around your (gestures toward the crotch) area".  I immediately imagined that walk through the parking lot.  Finally he asked me to sign a waiver but assured me "this waiver is just an agreement to receive the procedure, not a commitment."  So I donned my official doctor's voice and did my best impersonation of how that scene might play out.  "Sorry sir I know you don't want to go through with the procedure and you're desperate to have more children but you DID sign this form so I'm afraid we're going through with this whether you like it or not".  HA!.....right?  "That used to happen" he assured me.  "Back in the day those who were seen as 'mentally undesirable' were forcibly sterilized".  Yes....I'm pretty sure that was a threat.

My appointment is scheduled for December 16th.
Posted by Unknown