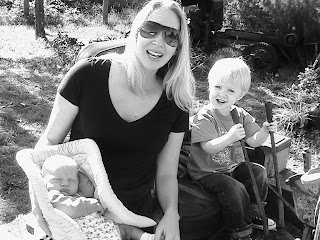 As I might have mentioned I became a father for the second time just about a month ago and I love it!  I love it so much that every day I have to leave them is like some cruel kind of punishment and the nights at home with them are too short.  There's "paid family leave" for new daddies that I would love to take advantage of but it only pays a fraction of what I usually make and my three figure paychecks can't handle that kind of a hit.  So I took two days off after Finn was born and went back to work.  Blah.

But then I got jury duty.  Most people bemoan jury duty but I saw the opportunity there.  It's a civil trial that's supposed to last through December, the sessions are only five hours a day, and my work gives me full pay.  In other words I get up at 7:00 am instead of 4:00 am and I'm home by 2:00 pm instead of 6:00 pm.  And instead of back breaking winery work I sit in a chair in a quiet room.  For those of you without children sitting in a chair in a quiet room is ecstasy.

It turns out if you want to get chosen for a jury it's super easy!  Especially in a civil trial as long as you can quiet your morals and agree that given the weight of evidence that in fact the rock quarry is entitled to the land promised to the orphanage.....for example.  So we're on week three of this stupid trial with at least two more to go.  The 'Merchant of Death' trial recently ended after just three weeks but apparently an easement disagreement is far more complex than decades of illegal arms dealing.  I can't give any details on the trial, partly because I'm not supposed to, but mainly because I stopped paying attention after day three.  I will say it's not like on T.V. and my resentment for everyone I see in that goddamn room every morning is blooming into psychotic rage.  Especially Mumbles McLawyer for the plaintiff, Hideous Hairpiece Smoker Guy, and Motherfucking Toothsucking Juror Number Three, AAARRGGGHH!!! Stop it, stop it, stop it!!!! 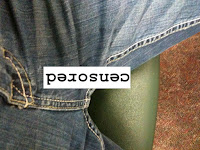 My early attempts to exact revenge on my fellow courtspeople were pretty benign.  Things like trying to light them on fire with my mind or picturing them slipping on ice while wearing a diaper.  But recently I've been not holding open doors or saying "good morning".  Today I might have gone a little too far with my general irreverence and disdain for my fellow jurors.  After using the urinal and ending up with some incriminating spots on the front of my pants after a mistimed zip-up, I drew attention to myself by taking a picture.  "Yeah, I peed myself a little and want to show my wife SO.  You got a problem with that bitch?  Go suck your teeth!"

Anyway, it is nice to be home this much.  Finn is already a month old and he's getting SO BIG!  And Liam, GAH!!!  I fall in love with that dude more every day.  Thank you Judicial System!  I promise I'll start taking notes and stop taking pictures of my crotch.