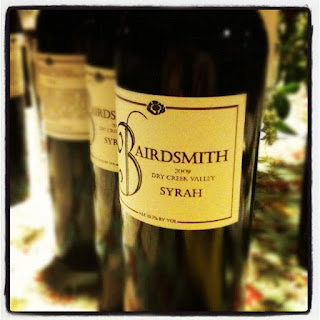 When someone asks me, "Do you have a degree in wine making?".  "Enology" I help, "yes as a matter of fact I do" is my answer (well, at least it has been since Thursday...more on that in a second).  This will invariably be followed by the question "oh really, did you go to Davis?"  Coincidentally my answer to this question is also "yes".  Davis of course being one of the most prestigious schools in the world for enology.  "I got a bachelor's degree from Davis" I can answer in total honesty.  Now, the inference one might draw from my COMPLETELY HONEST answers to these two questions is obvious:  He must have a bachelor's degree in enology from UC Davis.  Yeah, not so much

My bachelor's degree from Davis is in English.  That's right, I went to college to become and erudite food service employee (sidenote-on several job interviews I've made this joke and not once has it been met with anything other than a look of absolute bewilderment from potential employers. Fuck em').  Why a degree in English?  I don't know, I was friggin' eighteen when I went to college.  I guess I wanted to read books rather than do math.  How the hell was I supposed to know what job I wanted?  All I knew is that I didn't want to work at Baskin-Robbins again.  A few years out of college I thought I wanted to be a fireman, so I gave that a shot.  I went to the academy, I became an EMT, I spent seven years volunteering, and I even got an associates degree in 'Fire Technology' from Santa Rosa Junior College (degree number two).  All the firefighting training, school, and experience taught me some useful skills (including how to deliver a baby on the side of the road) but the greatest lesson I learned was that I sure as shit didn't want to be a firefighter.  I wasn't sad to bail on that plan, it was actually a relief despite the years spent pursuing it.  My only regret is now my kids won't be the ones whose daddy is a fireman.  How cool would that have been?!!

At some point during all the schooling, working at restaurants, and performing CPR three times unsuccessfully (sowwy) I was drawn into the career that would become my passion: wine making.  I got my first wine job in a tasting room in 2001, moved into the wine making side in 2004, and have since been desperately trying to make the thing I love also be the thing that pays my bills.  I thought since two degrees have worked such magic, why not a third?  So four years ago I started taking wine classes at the Junior College again and last Thursday I finished.  Woopie! Right?  Well....

It wasn't exactly a throwing-the-mortarboard-hat-in-the-air kind of moment.  It was more of a "cool, I don't have class next Thursday" moment.  I didn't earn the prestigious B.S. from Davis that people think I did because they don't ask questions the right way (not my fault).  I got the A.S. Degree in enology from a Junior College, or as I like to call it "the cubic zirconia of college degrees".  I'd love to believe it will make a difference, that it will open doors for me and lead me to that dream job, but my idealism regarding the "power of education" is a little punch-drunk after too many drop kicks to the head.  At this point if it pays for my coffee I'll call it a success.
Posted by Unknown