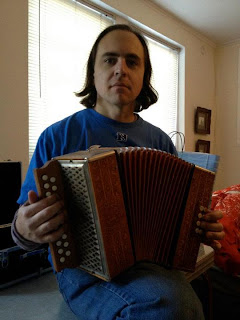 We all have one - a friend who has no kids and therefore is sooooo much more creative and patient with our children than we could ever hope to be. This person is also way more fun than we are. This is the friend that you wait to tell your kids is visiting, so you can lord it over them as bribery or potential punishment. "Welllll, uncle Nayt was going to visit this weekend, but I might need to call him and tell him not to come if you don't clean your room...." or "if you hit your sister one more time I'm calling uncle Nayt and telling him to cancel his flight! No Nayt for you!"

I swear at one point in my life I practiced positive, non-manipulative discipline. I really did.

Nayt was kind enough to type up some of his most tried-and-true kid games. I have seen them all in action, and have been begged to play them on many occasions but, as I've said, I don't have the patience for more than about 4 minutes total of any one of these.*

I have to add one more, the lazy-man's kid game, which I play constantly with my own kids.

* Tickle Monster - Hold your hands in a tickle-claw up in front of you and make your eyes very wide while saying "Tickle Monster" in a very Frankenstein-esque fashion. Actually slowly walking toward them and eventually catching them (because they always lay down on the floor or 'hide' on their bed) is optional. Personally I like to just strike the pose from time to time, maybe shift forward in my chair an inch or so, which always sends them screaming.