I've been struck this week with a mysterious sneezy tonsil swelling grossness that seemingly no amount of booze will cure.  The boys are also afflicted but Erin so far seems to be spared...well, not entirely.

Within the first two minutes of sleep every night this week I get that gentle request from the other side of the bed that I "do something about my snoring".  I appreciate her patience but after spending so many years together I can read the subtext loud and clear: Get the fuck out of earshot or I swear to god I will cut you, CUT YOU!!

I leave because I'm a gentleman and truly scared of her.  My problem is I don't really know where to go.  I have a delicate frame so the couch isn't a great option.  We have an extra bed in what used to be the 'guest room' but that became Liam's room once we upgraded to a cuter child.

The first night I tried to creep super stealth ninja style to the extra bed without waking Liam.  I succeeded but as soon as I fell asleep my presence was noticed.  I'm not sure which end announced my arrival since it was taco night but I'm pretty sure it was my snoring head.  I woke in a state of total confusion with his overly excited big dopey grin saying "HI DADDEEE!" to my open eye.  I went and slept on the couch.  Sort of. 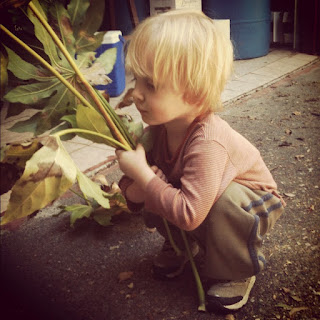 The next night I managed to creep again to the bed without waking him and somehow got a full night's uninterrupted sleep.  This was probably due to his being totally exhausted having not slept at all the night before after the excitement of finding me in the room.

The third night began as the other two had but before I could fall asleep I was discovered.  I heard his little feet plod over to the bedside and he looked at me shyly.  I thought I'd try the commanding father tactic so I told him "No, you go BACK TO YOUR BED".  The look of heartbreak he gave me will haunt me to my dying day.  He started to actually go back to bed but I caught him half way so I could start my penance immediately.  I decided that not only would he be sharing the bed with me but we were going to do it right.  I gathered all his toys, blankets, and pillows and set the whole bed up just like it was his own.  Surprisingly this was the key to him actually going to sleep.  Who knew?!

It was a great night too.  He and I tossed and turned a little but not so much that it was an issue.  He's more into cuddling than Erin and doesn't seem to mind my snoring, so I guess that's it.  Erin, if you're reading this, we've had a great run but it's just you and the cats from here on out.  Godspeed.
Posted by Unknown