Tonight Liam and I went to a local mixer at Roshambo Farms.  Roshambo Farms is the new undertaking of miss Naomi Brilliant, formerly president and owner of Roshambo Winery where I had served as Assistant Winemaker until the place went tits up.  You'd think I'd bitterly avoid any place associated with the winery that had promised to be my winemaking home for the remainder of my career, particularly when its demise came about just after I'd bought a house and impregnated my wife, but you'd be wrong.  I adore Naomi more than ever and have nothing but fond memories of my time at Roshambo, particularly after a night like tonight.

The event was a 'Farmers Black Market' dinner where the local home food growers get together and impress the hell out of each other with the stuff they're creating.  There were a lot of pies.  Not just your traditional pies though, there were stone fruit pies, key lime pies, and kidney pies, all created by people intimately familiar with their ingredients.  It's a hell of a thing to know what the name was of the animal you're eating don't you think?

While it was kind of an amazing social gathering on its own, what really killed me tonight was my time with Liam.  If I can set the stage a bit, basically Liam and I bailed on Erin and Finn tonight and headed out to my alma mater on one of the most beautiful nights I've seen in a long time.  It's unseasonably warm in Healdsburg these days and tonight was one of those nights when the air is heady with scents of the impending Spring.  Liam and I pulled into the farm around 4:30 just as things were really getting going.  There were some great local friends of mine there (Amanda included of course) along with goats, chickens, and even turkeys running around the place.  There were also tons of kids.  Liam is usually a social butterfly but for some reason tonight he grabbed hold of my hand and lead me out away from the crowds.  He was interested in just milling around in the beauty that is the bucolic Healdsburg farm country more than anything else.  He wanted to find sticks for digging in the dirt, walk through tall grass, try and feed a cookie to a chicken, and climb on old tractors.  I don't know what exactly it was about seeing him like this but I felt like I was getting the chance to see myself as a child again.  I was just like he is, more fascinated by the beauty of the world around me than the people around me.  It was an incredible thing to be a part of and got me a little choked up more than once.

Plus my hooch was well received.  While everyone brought amazing foods to this event, my contribution was the booze.  I got to showcase my 2010 Syrah (made from Naomi's vineyards) which everyone seemed to sincerely love and I even got the stamp of approval for my homemade spirits from the celebrity bartender himself Scott Beattie.  All in all a fantastic night.  Here are a couple of pics. 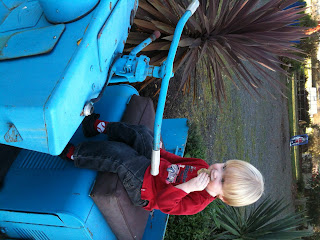 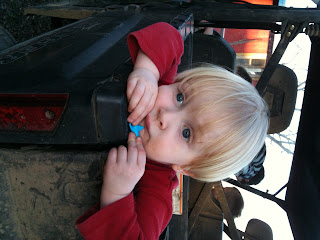 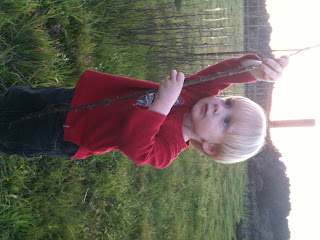