Sleeplessness.  It's probably the most common complaint you hear from new parents like myself.  Overall it really isn't as bad as we claim it is.  If I had to bet money I'd guess that I probably average about 5.7 hours a night which isn't so rough.  I remember in college I'd set my alarm for 5 a.m. crew practice and wake up mentally screaming in agony, but for some reason it's different now.  I guess as a parent you just get used to it.

Some nights the average number of hours gets bumped up a bit, like tonight when I get home and leave a trail of clothes from the front door to the bed.  Nights like last night though brought the average down.  Way down.  In addition to the usual stuff that goes along with having kids and a job, Finn is teething and wants to make sure we know it.  As a result I can't speak effectively.  When a co-worker asked what I did over the weekend my answer was something like "I went to the house of the woman where I worked, who was the owner of the winery, where I worked before here...and there was a kind of dinner thing where I brought my hooch and people liked it."  Huh?  I'm also having trouble with basic math.  I had to sit down after trying to divide 300 by 6 in my head.  Plus I can't tell you how many times today I've walked into a room and stood there with absolutely no hope of remembering why I was there. 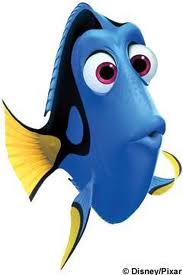 I just stared unfocused at the screen for twenty minutes.

Anyway, my plan once I got here was to walk around the winery all day with a clipboard in one hand, a bucket in the other, and a very serious expression on my face.  I reasoned that this would get me through the day without anyone asking me to do anything, but unfortunately those plans were crushed once I learned that a guy in my department called in sick.  I realized I might actually have to 'perform'.  So I'm halfway through the day, I've had enough coffee to keep me just a hair south of a panic attack, and I've got to just keep swimming, swimming, swimming.