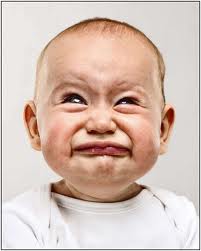 I was just driving in the car with my daughter Evie, talking about...something. It's safe to say that I have a lot on my mind these days, and that I don't always catch everything she says. She talks - a lot - and so from time to time I space out and begin a completely different dialogue with a completely other person, in my head.

Today I zoned out for a few minutes. I can always tell when it's time to come back, because I hear the Question Tone come into her voice. She was asking me to promise.

Uh oh. I am so fucked. What was she asking for? Hopefully it was something easy like some new headbands or a fifth of Jack Daniels as opposed to, say, a baby brother. Oh my god. What if she asked for a baby brother again? How am I going to pull that off?! I mean, I just PINKY PROMISED this girl I would deliver on...whatever it was she was going on and on about just moments earlier.

I don't feel too bad about checking out when she talks. During a visit a few years ago, my childless friend Nayt spent some time listening to a young Jonah talk for an hour about whatever his current obsession was. Afterward, Nayt told me that as a kid, he hated it when adults would give him the "uh huh...uh huh...hmmm! Wow, uh huh" schpeel when he was talking about something that excited him. He could tell they were just humoring him, and it pissed him off. Now however, he could completely see why it happened - one simply could not hang in there in a mostly one-sided conversation about the things kids are passionate about and adults could pretty much care less about for more than three minutes, tops.

I spent some time trying to piece together the amount of damage I was about to get myself in to. I only recently got my pre-kids body back, and the idea of growing a human inside me again makes me vomit in my mouth a little bit.  Plus, I don't think my man would be all that into the idea. I can just see that conversation now...between him and Evie.

I hope I kept my old fat pants, just in case.