My mother-in-law landed herself in the hospital last night which was kind of scary.  This morning the hospital called my cell and I answered all "oh crap! I mean...hello?" but it wasn't bad news concerning her and her condition, it was for me.  It was the hospital's lab letting me know that the 'sample' I had dropped off on Monday, in front of room full of moms with sick kids (so embarrassing), had come back POSITIVE!!  As in "positive for those little swimmers that in any normal man would have been eradicated by modern medicine, particularly over TWO MONTHS after the procedure!!", but not in my case.  Consequently I have to go back in for another cup and a high-five.  But back to Grandma, she's okay.  Her issue is with a part of her body she wasn't really using much anyway...her gall bladder (another high-five for skipping the joke there).  The good news is she's just fine but the bad news is she watches our boys two days a week and we have no back-up daycare. DURP?!!. 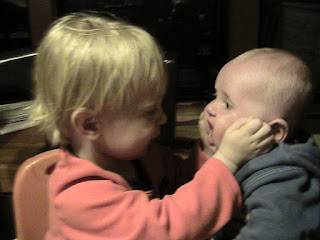 So I took a 'personal day' to watch the kids and find someone to take care of them should situations like this arise in the future.  Someone worthy of their company.  This sounds easy enough but it is not.  In the Healdsburg area there's an ever expanding baby army in need of regular daycare so the competition to find a spot for our boys is tough.  I got some good leads though including one today that took me to an enormous and beautiful home in the Windsor countryside.  I took Liam and Finn with me of course to go check the place out but I think that might have been a mistake.  Liam walked up the the front door, knocked, was welcomed in, and never ever wanted to go home again.  This house was immaculate, luxurious, and had a playroom that made me feel very guilty for being such a shitty dad.  Liam was in heaven.  The woman running the thing is able to take the boys at short notice (and only for 85% of my daily wage! Yay!) which means that tomorrow Liam and Finn get to spend a full nine hours in paradise.  I'm glad I don't have to pick them up. 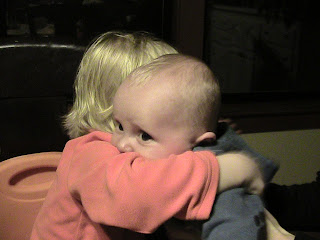 Our house is lame and my mission this weekend is to fix it.  Since Finn joined the family, Liam has been in his own room.  I think it's time he moved back to the nursery so that I can transform his current room into a play land for the boys that will SHAME the Windsor Castle.  So far, all of my ideas require about $50K and a stud finder, neither of which I have access to, so I'm open to any creative ideas from YOU dear reader on how to build the dream playroom.  Seriously, if you can help me out at all please leave a comment below.  You'll be saving a child from a boring-as-hell home life while at the same time giving him somewhere fun to play which will alleviate the burden on my mother-in-law and her failing organs.  Thanks!
Posted by Unknown